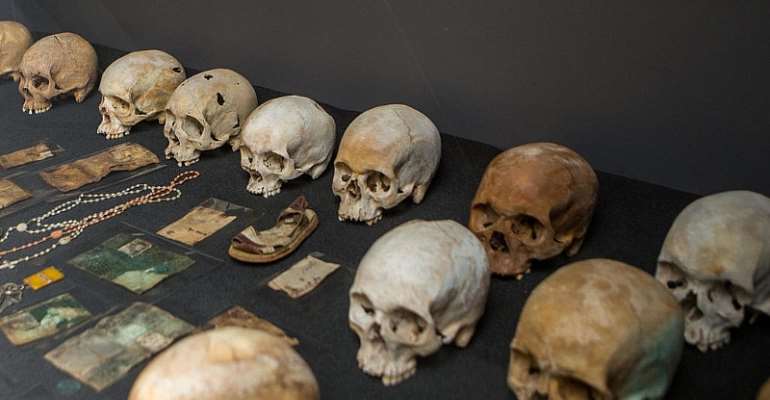 The remains of Augustin Bizimana, a suspected top Rwandan genocide leader, were confirmed on Friday through DNA testing, according to a statement by United Nations prosecutor Serge Brammertz.

The prosecutor's office analyzed DNA from human remains found in a grave in Pointe Noire, Republic of Congo.

“Subsequent investigations and comparative DNA analysis by the office over the last several months ruled out that the remains were those of any other person,” said Brammertz in a statement, referring to Bizimana.

Forensic experts believe he had died in August 2000 in Pointe Noire.

Bizimana was indicted in 1998 by the UN International Criminal Tribunal for Rwanda on 13 counts of genocide, complicity in genocide, extermination, murder, rape, torture, other inhumane acts, persecution, cruel treatment and outrages upon personal dignity.

All charges were acts carried out during the 1994 genocide where 800,000 Tutsis and moderate Hutus were killed in the span of two months.

The minister of defence during the interim genocide government, Bizimana is also specifically alleged to be responsible for the murders of the former prime minister, Agathe Uwilingiyimana, and 10 Belgian UN peacekeepers, and for the murder of Tutsi civilians throughout Gisenyi, Ruhengeri, Butare, Kibuye and Cyangugu prefectures.

The remains were obtained some time ago, according to the statement. However forensic tests were carried out in late 2019 and more analysis was conducted in order for the prosecutor to confirm that these remains were actually Bizimana.

Bizimana's identification and the arrest of Félicien Kabuga last Saturday mean that two of the top three fugitives suspected of genocide have been tracked down.

The office of the prosecutor says it continues to actively pursue Protais Mpiranya, the former commander of the presidential guard of the Rwandan armed forces.