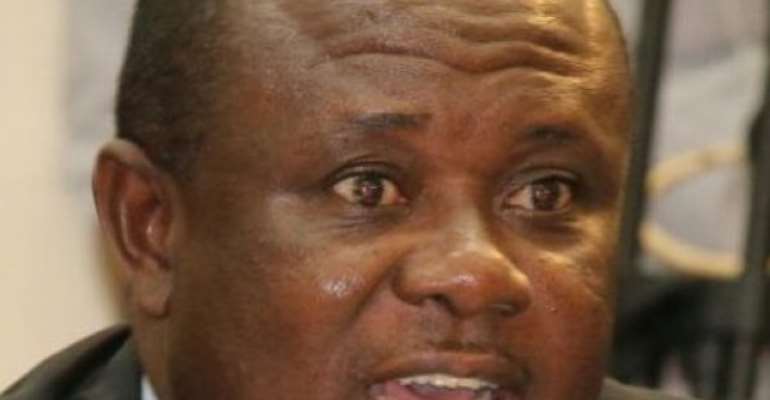 The First Deputy Speaker Mr Osei Owusu, who is also a former boss of the Driver and Vehicle Licensing Authority, said the installation of CCTV cameras on the country's roads would help reduce the high incidence of vehicular crashes.

Some of the nation's highways have over the years been scenes of fatal crashes, with the loss of significant family and national human and physical resources.

Mr Osei Owusu attributed these crashes mainly to the failure of stressed and overworked drivers, who often slept on the highways during long journeys.

Road crashes claimed 2,284 lives in 2019, according to provisional data compiled by the Motor Traffic and Transport Department (MTTD).

The MP for Bekwai emphasised that reckless drivers must be dealt with in accordance with law.

He was making a contribution to a statement by Nenyi George Andah, Deputy Minister for Communications and MP for Awutu Senya West, on the floor of the House.

The statement was on the 'Arrive Alive Campaign, being run by an Accra radio station, Joyfm.

Mr Osei Wusu urged public transport operators to engage two drivers for a vehicle, rather than one, who would take over from each other after every four hours during long distance journeys.

He also called on the Police Administration to deploy more police officers on the roads.

Motorists must also abide by traffic regulations in their own interest rather than being policed to do so, he advised.

However, the Police must also not create unnecessary stops and stations in the middle of the roads.

He also called for enhanced and more public education to reduce the spate of road crashes.

Mr Governs Kwame Agbodza, MP for Adaklu, stressed the enforcement of the regulations to deter motorists and other road users from using drugs and driving under the influence of substances that would impair their proper sense of judgment in driving.

He wondered if passengers on an airplane would travel on that flight if the pilot went into the cockpit under the influence of a substance with the excuse to pilot the aircraft better.

In the statement, Mr Andah stated:

“As a supporter of Multimedia's Arrive Alive Road Safety Campaign, I want to urge all road users to comply with road safety regulations. I would like to commend the Multimedia Group, as well as the others who have been educating us or sharing their experiences to make our roads and travel experiences in Ghana safer.

He said even though the death toll of more than 220 for January this year was relatively better, it still needed the critical attention of stakeholders.

According to data from the Motor Transport and Traffic Unit, the Central Region leads with 48 deaths in 58 crashes; followed by Ashanti Region with 38 deaths, in the recorded cases.

In November 2018, Mr Andah got seriously injured when his vehicle collided head-on with another vehicle in his Awutu Senya West Constituency, where he had gone to honour social calls.

With three others who also sustained serious injuries, they were airlifted to the 37 Military Hospital in Accra for emergency care.

Other contributions from members called for the training of more people to attend to victims of road crashes and accidents.

Akufo-Addo is confused over MMDCEs appointment – Ho Central ...
47 minutes ago