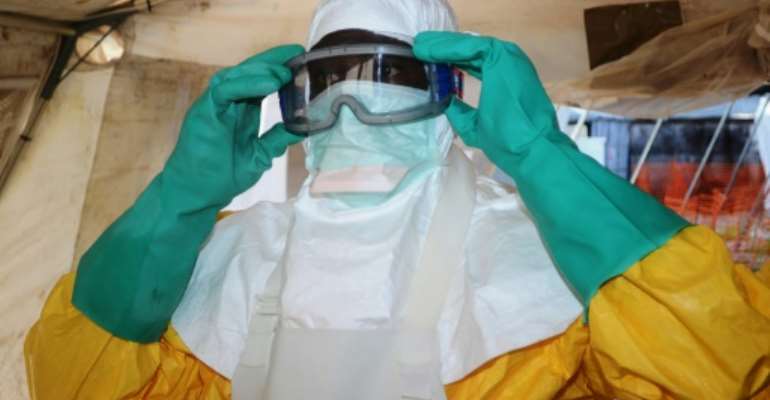 After bearing the brunt of a deadly Ebola epidemic, Guinea is looking for help to fight coronavirus. By CELLOU BINANI (AFP)

Doctors Without Borders (MSF) has reopened its Ebola-era hospital in Guinea, only four years since that epidemic ended, as coronavirus cases soar in the West African state.

The country is struggling to curb the virus, despite enacting imposing travel restrictions and a night-time curfew, raising fears about its capacity to contain a growing outbreak.

Guinea's weak healthcare system is now straining under the pressure, with authorities having recorded some 3,000 coronavirus cases to date, and 30 fatalities.

The main hospital in the capital Conakry has already been overwhelmed, for example.

Coronavirus also comes on the heels of the 2014-2016 West Africa Ebola epidemic, which killed around 2,500 people in the nation of some 13 million people.

In a sign of the gravity of the situation, MSF doctors -- once a common sight during the Ebola crisis -- have returned to the country.

At the end of April, the medical NGO reopened a 75-bed medical centre in a Conakry suburb of Nongo, originally built for about a million euros ($1.1 million) at the height of the Ebola crisis.

"The men in yellow are back," said Amadou, a young motorcycle taxi driver who was passing by the clinic, referring to the signature canary-coloured gowns of MSF workers.

Some 130 patients with mild COVID-19 symptoms have already been treated in the Nongo centre, inside white tents flying the MSF flag.

NGO officials have also indicated that they could expand the centre too, in order to accommodate patients with severe symptoms.

In order to protect the safety of medical staff, the MSF hospital has a strict barrier that cordons off coronavirus patients.

In the room where medics prepare to enter the coronavirus zone, medical staff carefully help each other put on protective gear, such as masks and gloves, in groups of two. 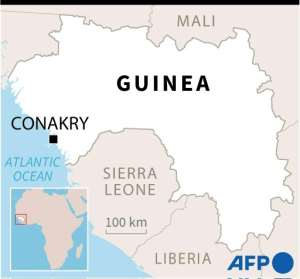 "Many of our teams are repeating the gestures they learned during the anti-Ebola response," said Nanamoudou Traore, the hospital's head doctor.

But patients find the sight of doctors in full protective regalia overwhelming, he added, and are often afraid to come to the hospital.

Their fears are justified: few patients left the Nongo hospital alive during the Ebola epidemic.

MSF's head of mission in Guinea, Arnaud Badinier, said that there had been a 70-percent risk of death for admitted Ebola patients.

"The current epidemic is much wider, but at the same time it causes far fewer deaths," he said.

Measures such as social distancing, which can slow coronavirus, are poorly respected in Guinea, however.

More work needs to be done to educate people about how the virus' aerial mode of transmission differs to the way Ebola spread via bodily fluids, Badinier said.

MSF is also concerned that attention to Guinea's slew of other health problems -- such as measles, malaria and HIV/AIDS -- will fall by the wayside amid the pandemic.

"The health needs in Guinea remain immense and the health system fragile," Badinier said, adding that addressing those problems had already been challenging.

"The Covid-19 pandemic must not make the situation worse". 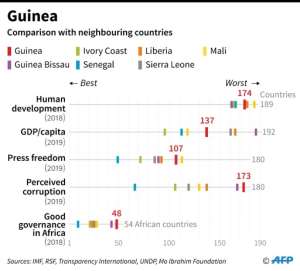 Guinea is one of the poorest countries in the world, ranking 174th out of 189 according to a key benchmark of development. By (AFP)

The medical NGO is on the frontlines of fighting coronavirus in poor countries around the world, and is present in 25 African countries.

According to MSF spokeswoman Scheherazade Bouabid, it has responded by adapting existing health schemes, or establishing new ones in virus hot spots.

Some of the work includes training medical staff, of supplying hospitals with oxygen for struggling coronavirus patients.

Bouabid said that in Ivory Coast, Mali and the Democratic Republic of Congo, MSF has also teamed up with local organisations to distribute "more than a million masks free of charge".