Covid-19: 9 Arrested At ‘Next Time' And ‘Anadwo Yede' Drinking Spots 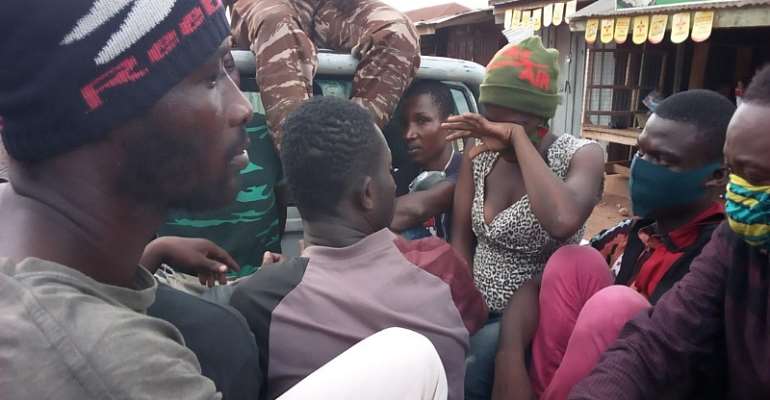 The Sunyani Coronavirus disease prevention Taskforce has arrested nine persons at 'Area Two’, a suburb in Sunyani for flouting the COVID-19 prevention directives and protocols.

In addition, seven customers of ‘Anadwo Yede' were also arrested around 4:30 pm and brought to the Sunyani Municipal Police Station for not wearing nose mask and also non-compliance with other COVID-19 prevention directives and protocols in public place, Supt. Alhassan stated.

He said they would be arraigned before Court for the appropriate sanctions to be taken against them and urged the citizenry to adhere to the prevention directives and protocols because the Taskforce would not spare anybody for failure to comply.