Rule of law has moved centre stage in lockdown: what it is and why it matters

By Cathleen Powell - The Conversation 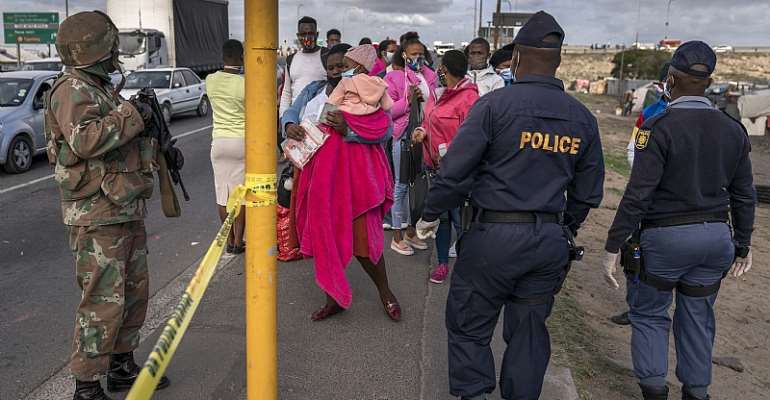 A court in South Africa recently passed a judgment that berated the country's military and police for their conduct in enforcing the nationwide COVID-19 lockdown .

The case involved the death of a man, Collins Khosa , after he was brutally assaulted by members of the South African National Defence Force, in Alexandra, outside Johannesburg. The military was deployed to help the police enforce the lockdown.

In his judgment in the North Gauteng High Court in Pretoria, the country's administrative capital, Judge Hans Fabricius highlighted the “social compact” between a government and its people, set out in the country's constitution. He referred, in particular, to the founding values in section 1 , including human dignity, equality, the supremacy of the constitution and the rule of law.

The court was asked for a declaratory order on the rules applicable to the military and the police. It was also asked to order them to conduct proper investigations of the incident, and suspend those involved until the investigations were over. It granted all that it was asked, and added that the police and military have to report back on their progress.

According to the court, people need to be able to trust the government to abide by the rule of law, make rational regulations, and not intrude on the rights of those subject to the law.

The judgment was remarkable for how limited it seemed to be: it didn't find that the military or police were responsible for Khosa's death; it didn't convict anybody of a crime; and it didn't award damages to his family. All it seemed to do was to tell the defence force and the police to obey the law.

At first glance this may appear inadequate. But it is in fact highly significant and important. To find out why, we need to explore the meaning of one of the founding values referred to by the court: the rule of law.

Read more: Many refugees living in Nairobi struggle to survive because of COVID-19

The rule of law is a popular term among politicians, and most people have an intuitive sense that it protects the people from arbitrary government action . But it's more than that: it's the very thing that makes law “work”.

That's why it deserves a closer look.

The rule of law

The rule of law sets requirements both for the content of law and for the process of its application. It has eight specific aspects, on which most legal theorists agree.

A society complies with the rule of law if

(1) there are generally applicable rules, and

(2) the rules are publicised,

(5) The rules do not contradict each other,

(6) they are relatively consistent over time,

(7) compliance with them is not physically impossible, and

(8) the administration of law reflects the rules as announced. This means that the government is bound to give effect to the rules that have been publicised.

The problem with the lockdown is not just that it violates the eighth requirement, although this particular violation is the most obvious in cases of government brutality. As the Khosa case shows, the soldiers acted beyond the powers conferred on them by law, and committed the crimes of assault and homicide. (This evidence, put before the court by eye witnesses, was not contradicted by the police or the military in the case.)

But most of the other requirements of the rule of law are not being met, either. Many new lockdown regulations and directives have been promulgated since April, from several different government departments, and are published online in government gazettes. They have been appearing at such a rapid rate that even lawyers with expertise in this area are battling to keep track of the details . Soldiers share a light moment on a COVID-19 lockdown patrol in Johannesburg. EFE-EPA/Kim Lubrook

While a professional law site and an NGO now offer free overviews and summaries of the lockdown rules, the government website is a dead end. It purports to set out “consolidated” sets of the four main regulations from the Department of Cooperative Governance and Traditional Affairs, the department coordinating the lockdown regime.

This means that the gazettes are not readily available to a majority of the public who must obey them. As a result, they are not properly publicised. They are so complicated and extensive that not even expert lawyers can keep up with them (so they are not understandable).

They change frequently and contradict each other .

Read more: COVID-19 has blown away the myth about 'First' and 'Third' world competence

Finally, they appear to be demanding the impossible from citizens. This is in part because they expect conduct – such as not leaving one's residence and maintaining distance from other people – which is impossible in some areas , particularly informal settlements .

Even without the government acting brutally, this system of rules would lack legitimacy. In the view of one legal philosopher, Lon L. Fuller, the system would not be “law” at all . He challenged the widely held view that law was a separate matter from morality by identifying the central moral quality of law: it recognises, honours and depends on the agency of people subject to it.

If the eight requirements set out above are met sufficiently, then the people have a stable basis for planning their own conduct. Through law, people can make choices about their own lives. This, in Fuller's view, generates “fidelity” to the law – what we might also call “buy-in” or “legitimacy”.

The government appears to be aware that it does not have the buy-in of the public, because it justifies so many of its arbitrary rules as measures designed to facilitate enforcement by police . And it had soldiers on the streets before the lockdown even started on 27 March .

Read more: Why easing the lockdown threatens to put workers in South Africa at risk

In his judgment, Judge Fabricius notes that the soldiers were briefed in military terms, as though they were setting out on a battle with lawbreakers. This won't work. If you have to enforce compliance like this, you don't have “buy-in”. You don't have law. The fact that these officials have brutalised the people they were meant to protect has merely worsened the situation.

The confusion, resistance and violence accompanying the current lockdown are an object lesson on the value and necessity of the rule of law. If the country doesn't get this right, it's not going to win the fight against COVID-19.

Cathleen Powell does not work for, consult, own shares in or receive funding from any company or organization that would benefit from this article, and has disclosed no relevant affiliations beyond their academic appointment.