By Zeenat Hansrod with RFI
US & Canada 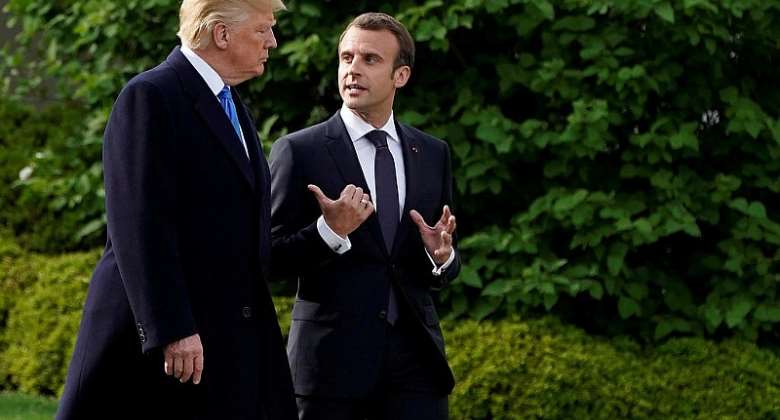 President Trump is considering gathering world leaders at Camp David for a G7 summit in June. None of the world leaders have rejected the idea so far. President Macron's office said he is open, should health conditions allow.

French President Macron weighs his decision to travel to the United States upon “the importance of the G7 in the response to the Covid-19 pandemic”.

"He's open, he's even willing to go there, but obviously with this caveat: only if the sanitary conditions allow," an Elysée official said, after Presidents Macron and Trump spoke over the phone.

In a bid to return to normalcy, United States President Donald Trump tweeted that he is “considering re-scheduling the G7” meeting around 10-12 June in “Washington DC, at the legendary Camp David”.

The United States currently holds the presidency of the group of the seven industrialised nations which includes France, Germany, United Kingdom, Italy, Canada and Japan.

Trump said that the G7 members, like the United States, are “beginning their comeback”. German Chancellor Angela Merkel said she would "wait and see what happens”.

He said it is important G7 leaders meet in June so they can discuss the pandemic and restoring economic activity.

“We need to keep meeting as leaders. Whether that's virtual or in person we will certainly take a look at what the United States is proposing as host of the G7 to see what kind of measures will be in place to keep people safe, what kind of recommendations the experts are giving in terms of how that might function,” Trudeau said.

From virtual to real

Trump had scheduled the Group of Seven summit for 10-12 June at Camp David, the presidential retreat in Maryland. But in March, he announced he was cancelling the annual meeting because of the pandemic and that the leaders would confer by video conference instead.

On Wednesday, President Trump wrote that the United States was “transitioning back to greatness” despite the country holding the highest Covid-19 death toll in the world with more than 93,000 deaths and, at least, 1.5 million recorded cases.

White House spokeswoman Kayleigh McEnany said a face-to-face summit, rather than one by videoconference as had been planned, would be a "show of strength and optimism” as “America is reopening”.

If the summit happens, the United States will request that delegations be pared back to minimum personnel and would curtail nonessential events like the spousal program.

A final decision would be needed in the coming days to ensure adequate time to prepare for the high-level meeting, added McEnany.

The United States currently maintains bans on flights to the country from Europe and Britain. Canada and the US agreed to keep their shared border closed to nonessential travel through 21 June.