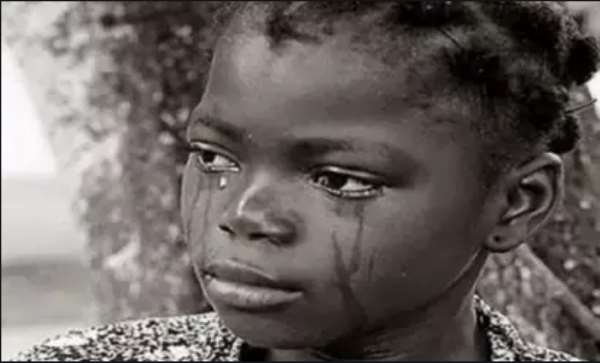 It is more a cliché than appreciation of the truth and reality to say children are gifts from God when there exist in society a lot of manifest and latent activities that depreciate this natural value and threaten their dignity and existence.

Being a pupil-teacher for five years, my encounter with children from the first time I handled pupils in Kindergarten (K.G) till my progression to the lower and upper primary and finally Junior High, I have come to appreciate the by nurture and nature that children are like the popular cliché: garbage in, garbage out; whatever you invested into them is what they give back to you, even more than you did and also are really a blessing if handle with care.

In addition, The Act 516 of Parliament of the Republic of Ghana entitled Children’s Act, 1998 defines clearly that a child is any person below age 18. By this estimation, any person born into the world till age 17 is regarded a child in our Ghanaian jurisdiction and as such entitled to the enjoyment of all legal rights guaranteed by the 1992 constitution in relation to children in the state by virtue of their vulnerability

However, it is heart aching to see how some right-thinking members of society abuse children against their rights. I recalled one child at age eleven to twelve to come to school one early morning having a big black spot in her face with a blood clot on her left eye. Upon several interrogations and persuasion she disclosed that her father did that to her and she was unwilling to tell anyone for the fear of more harm.

On another occasion, it was a thirteen years old boy in basic five well abused with scars of cane and hand marks on his cheek. He also confirmed it was done to him by his auntie he was staying with. News of child molestation by some parents and guardians has taken up the air space in recent times necessitating the need for child right advocacy and education agenda before it turn ugly.

Unfortunately, most parents and guardians remain in the cloak of ignorance and obvious negligence on the dichotomy of child right. They hold on to the ignorant ascension and asserting that they can do anything they deemed fit to their children without anyone interference. Inasmuch as ignorant of the law is no excuse to the violation of the law, it has twined with impunity hence consolidating and solidifying the ground for child right abuse in our country and across the globe.

Into the bargain, the antidote to ignorance is education and information. It is in this light that I highlight some rights of children enshrined in the Children’s Act, 1998 and how they are conspicuously abused by some parents and guardians knowingly or unknowingly.

The Act, 516 of 1998 Part I (5), maintained that no person shall discriminate against the child on the grounds of gender, race, age, religion, disability, health status, custom, ethnic origin, rural or urban background, not even if the child is a refugee.

However, some children in Ghana today, are subjected to direct and indirect discrimination from people in various communities especially based on their religion and rural or urban background. Distribution of the national cake equally is seen in the estimation of rural dwellers as discriminatory since children in the urban areas enjoy more to almost all social amenities; while their counterparts in the cities and towns are sitting on mono and dual desks, their resort to the bare floor for comfort for studies, they have to run home from school for the fear of rain for the fact that they are schooling under trees while children of those same privilege and age study at the comfort of beautiful buildings. Even though this may be considered a national developmental crisis, it is still placing the rural children at a disadvantaged position against those in the cities.

Similarly, there are parents in our present society who blatantly demonstrate discrimination among their own offspring by showing love and care for some in particular at the detriment of others especially in homes where there is a challenge of rivalry. This leads to low self-esteem and self-confidence among children which lingers on even when they become adults.

The girls in such situations tend to seek affection and care from outside the home, a situation that contributes immensely to teenage pregnancy when they encounter male peers and started engaging in illicit relationships. This must be discouraged because the law guarantees every child the love and care of their parents and must not be discriminated against.

In the same vein, there is a common phenomenon in the rural areas which I have witnessed on countless occasion where parents entrust a child into the hand of someone they barely know on agreements such as training them, sending them to school while they serve their mistresses and masters as maids and housekeepers.

I remember an agreement of a family relative was for the madam to purchase a sewing machine after about five years to eight years of service under many abusive conditions ranging from hard labour, sexual abuse, discrimination, and other inhumane treatment to a parent might afford to a child.

Meanwhile, The Children’s Act, 516 of 1998 Part I (5), stated that no person shall deny the child the right to live with his or her parents and family and grow up in a caring and peaceful environment unless forgiven reason such as when the stay of the child with the parents can cause significant harm to the child when that will cause serious abuse to the child or may not be in the best interest of the child.

Again, negligence on the part of some parents, especially teenagers –turned – mothers and fathers. The child under this condition is abused whenever one of these partners decline consent to the relation and intending to leave the relationship, the child is seen as a stumbling block. Some of these conditions are the reasons we see three months and close to a year children abandoned by such parents in gutters and in uncompleted building.

On this, the Children’s Act, 516 of 1998 Part I (6) (1), maintained on Parental Duty and Responsibilities that no parent shall deprive a child his or her welfare whether - (a). The parents of the child are married or not at the time of the child’s birth or the parents of the child continue to live together or not. Total ignorance and negligence of this powerful Act led to the unhealthy upbringing of innocent children in abusive environments.

In addition, many children are still living in certain illegal conditions in various homes; denied access to education, malnourished under starvation as means of punishment, relatively or absolutely naked, unhealthy, and sleeping in poor conditions such as the street, coups and kennels by the orders of some mistresses and masters; at times real parents. Meanwhile, Part I of the Children’s Act 516 of 1998 required that no person shall deprive child access to education, immunization, adequate diet, and clothing, shelter, medical attention, or any other thing required for his or her development.

Furthermore, in the international front, the old legal cliché of the 1980s that children, women, and lunatics are legally incompetent and thus not in a position to exercise a wide range of rights on their own behalf is far buried and more civilized legal provisions have located the place for the right of the Child. The General Assembly in 1959 adopted a policy statement on the Declaration of the Rights of the Child.

This policy emphasized that “mankind owes to the child the best it has to give” The ten principles of the policy reiterate the right of the child to receive special protection, to be given opportunities and facilities to enable him to develop in a healthy and normal manner, to enjoy the benefits of social security, including adequate nutrition, housing, recreation, and medical services, to receive education and to be protected against all forms of neglect, cruelty, and exploitation, (Cultural Survival, Inc., 1986). Anything contrary to the aforementioned amounted to an abuse of the right of a child’s right.

Not differ from that of our state, the CRC defined a child as a person under age 18. It provides that states parties must respect the rights in the convention “…without discrimination of any kind, irrespective of (…) race, colour, sex, language, religion.etc. The Article 19(1) of the CRC maintained that the child shall be protected from “… all forms of physical or mental violence, injury or abuse, neglect or negligent treatment or exploitation including sexual abuse…” (United Nations Enable).

Every child in Ghana and elsewhere is guaranteed full protection from abuse of any form as stated by the various laws; both locally, regionally, and internationally. The state owes it a duty to ensure the enforcement of such rules pertaining to the child’s rights. I was glad to have heard about the decision of the court which slapped the gentleman who abused his three-year-old child in such inhumane manner an amount of Ghc.50,000.00 fine. More of such actions will serve as a deterrent to the others who assert to the views that their children belong to them alone.

It must be trumpeted in the public for people to know that any child who is legally a citizen of Ghana either by birth, descent, the marriage of the parents, or naturalization is partly a property of the start and that of the parents. As such, the state has some responsibilities to take ensure the uninterrupted development of the child to become a useful asset of the country. As a result, parents and guardians must be informed on their specific roles and that of the state in the moral, social, and psychological development of their children.

The State in its obligations to the child must provide such conditions, procedures, processes, structures, and opportunities which summed up to the rule of law; a principle which ensures the safety and security of the child in order to enable him or her live life freely.

Be as it may, the abused tend to abuse, and hurt, hurt others too. Ensuring the enforcement of these rules must not be the duty of the victims alone. This is because you might not know where yours will be faced with the same molestation which makes it pleasurable for above 40 years old man to defile a three-year-old girl.

To draw the curtain on the subject, it is imperative for the country to revive again effective advocacy for child right protection using the available mechanisms such as the media, individuals, Non-Governmental Organizations (NGOs), Civil Society Organizations( CSOs) and public institutions such as the National Commission for Civic Education ( NCCE) to educate the public on the need for child safety and changing the attitude of regarding child right protection as a way of making children indiscipline.

This does not erode the fact that the child must be socialized to imbibe the norms and values of the society but not to the degree that will amount to the abuse of the child in any form by ignorance of the law or by negligence. The law is no respecter of anybody just like COVID -19 and offenders must face it squarely.