Covid-19 Came Through The Airport Ports You Manage; So Stop Blocking Health Minister From Disinfecting Them — GUTA Tells Aviation Minister 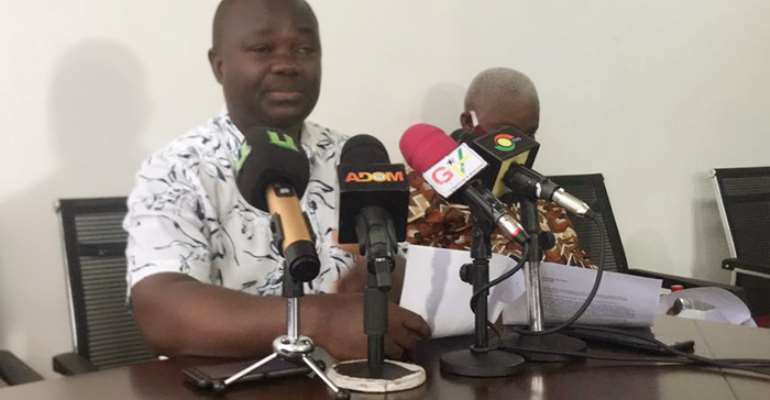 THE GREATER Accra Regional Branch of the Ghana Union of Traders Association (GUTA) is asking the Minister of Aviation, Joseph Kofi Adda, to as a matter of 'urgency' allow the Ministry of Health (MoH) to implement the Disinfection Health Service (DHS) at the various airports to curtail the spread of Covid-19.

At a press conference addressed by its secretary, Nana Poku, at its office in Accra on Tuesday, GUTA claimed the ministry had not been proactive in the fight against Covid-19.

According to them, the ministry was not liaising properly with the MoH and the relevant health agencies to carry out the DHS at the Kotoka International Airport (KIA) in particular.

The DHS is a preventive system where vehicles, containers, goods, baggage, cargo and others are disinfected against harmful pathogens.

“Where did Covid-19 virus come from?” GUTA quizzed? “Did it come into Ghana from Tema or Takoradi ports where the MoH successfully executed the DHS with the help of the Ghana Ports and Harbours Authority? Or did it come from the airport where you have refused to assist the health officials in implementing the DHS?

“We, the same ill-informed group of people, can tell you that the Covid-19 came through the airport that you manage and it spread all over Ghana,” they appeared to take a jibe at the sector minister.

“It does not require education to see that if you implemented the DHS like it was done at the ports, then Ghana would have been better prepared, had fewer cases and you could have saved Ghanaian lives,” they stated.

GUTA indicated that following several meetings with the MoH and other stakeholders, they were convinced about the importance of the DHS and how beneficial it would be to all traders and Ghanaians at large.

GUTA said they were only interested in the health and safety of traders in the country, following a petition they received from their members to call on the relevant authorities to disinfect the airports.

They described the actions of the Aviation Minister as unfortunate since the Ghana Health Service (GHS) engaged DHS more than a year after Parliament passed the Public Health Act (Act 851) which incorporated the International Health Regulations prepared by the World Health Organization (WHO) in 2005 into law in 2012.

The Greater Accra GUTA members also alleged that the Governing Board of the Ghana Airports Company Limited (GACL) had already approved the project and did not understand why it could not be implemented.