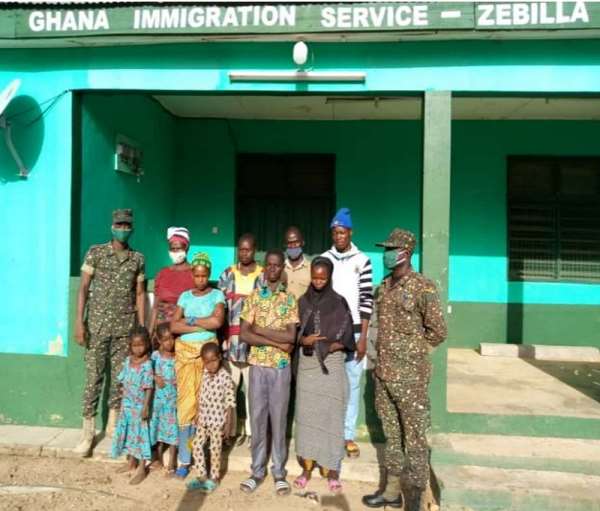 Ten more foreign nationals comprising four Nigerienese, five Togolese and one Burkinabe have been arrested after they entered the country illegally through unapproved route in the Garu District despite the ongoing border closure.

They were arrested on Monday at Zebilla inland checkpoint by the Immigration personnel after managing to crossover.

The arrest of the 10 foreign nationals has brought the total number of immigrants who have been intercepted and repatriated for illegally entering the country to over 120 since the closure of the borders in March.

According to the Immigration Unit Commander Superintendent David Addo Nketia, on Monday, at about 1715hrs they intercepted 10 foreign nationals comprising three minors on board a passenger bus with registration number GT 5165- 18 heading to Kumasi from Garu district. They entered the country through some unapproved routes within the Bawku sector command and were intercepted during profiling and screening of passengers at the Zebilla inland check-point.

He added that the suspects include; One Burkinabe, four Nigerienese and five Togolese.

Superintendent David Addo therefore cautioned people who indulged themselves by aiding foreigners to enter the country to desist from it or face the law.

Mr Addo indicated that the Command will intensify its surveillance and patrols at the various border points to make sure all passengers are screened and properly checked before exiting Zebilla.