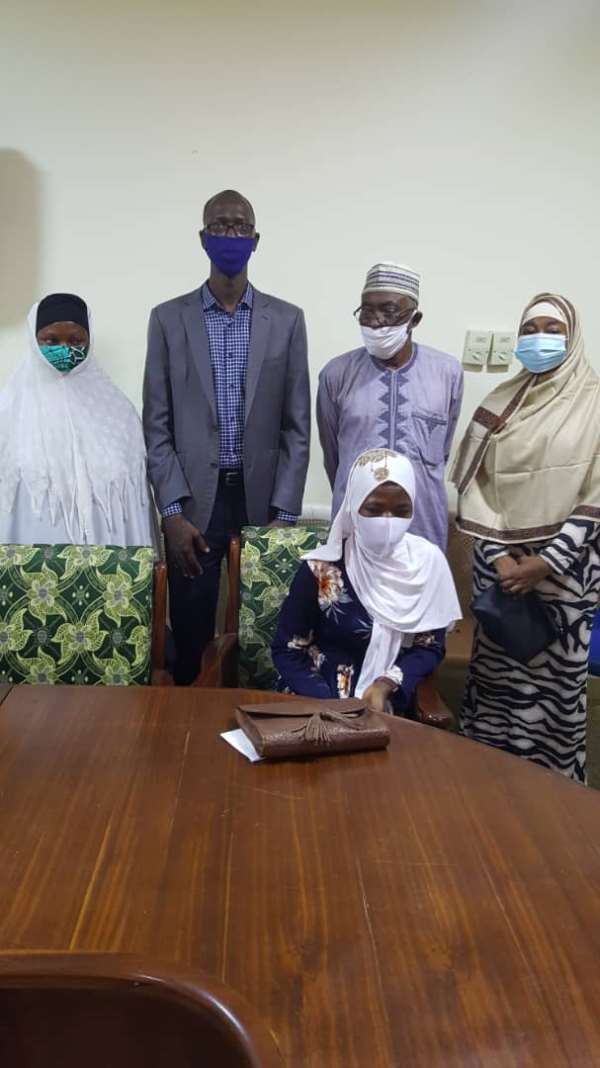 The former President, John Dramani Mahama yesterday donated an amount of $3,200 to complete the cost of surgery for Ms. Hawa, Bukari, a 26-year-old level 400 University Student who was diagnosed with a hole-in-heart 3years ago.

If readers will recall, in August last year, an appeal for fund was initiated by Marhaba FM, an Accra based radio station to support the cost of surgery for Ms. Hawa Bukari. After nine months of campaign, the station was able to raise an amount of $3,300. Fortunately, former President John Mahama got wind of the young lady’s predicament a week ago and after just 3 days of preliminary arrangements, he stepped in to donate the amount of $3,200 to complete the Total cost of $6,500 for the surgery. Subsequently, a few more people sent in their donations and that was given to the family to take care of other peripheral expenses.

The presentation was jointly made by Alhaji Baba Sherrif, the General Manager of Marhaba FM and Alhaji Mustapha Abubakar, who represented the former President, John Dramani Mahama.

Speaking at the ceremony held in the Conference Hall of the National Cardiothracic Centre(NCTC) of the Korle Bu Teaching Hospital, the General Manager of Marhaba FM expressed his delight about the swift response from the former president, John Mahama. “We have been making this appeal for the past 9 months now. With this grand intervention, it is a great relief to come to the end of yet another success story of completing the amount needed for the surgery” he intimated.

Receiving the Cheque of a total of $6,500, Dr. Lawrence Agyeman Sereboe, who is the Head of the Unit expressed gratitude to the management of Marhaba FM and especially, the former President for his philanthropic gesture. He further called on the general public to emulate his good example.

According to Dr. Innocent Adzamli, the Consultant in charge, the surgery will take about four hours to complete after the preliminary laboratory tests are conducted to ascertain the level of pressure in the heart. He therefore anticipated a successful operation which will see Ms. Bukari leaving the hospital after a recovery period of two weeks.

Ms. Hawa Bukari and her parents could not hide their joy for seeing the end of their 3 year long trauma. They expressed gratitude to the former President and said even though the former President wanted this support from him to be on the quiet, they can't hide their joy. The family also thanked Marhaba FM and all other well wishers who contributed towards the noble objective.