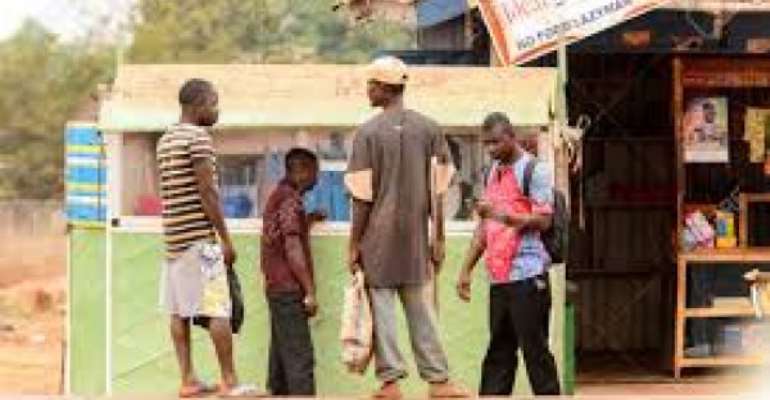 The patrons of the drinking bars also do not use face masks and do not maintain any social distances when they gather at the bars in the night.

The Ghana News Agency(GNA) visit to Betom observed that apart from gathering at the bars, people in the area also gather in front of their houses at night chattering without face masks and do not maintain any social and physical distancing.

In an interview with the GNA, Mr Andrew Diabene, the Assembly Member for Adontua Electoral Area and the Chairman for Betom Zonal Council in the New Juaben South Municipality said, he had asked the drinking bars to close down and adhere to the President's directives but the owners of these bars have refused.

According to him, the owners of the drinking bars maintained that the selling of alcoholic beverages was what they depended on for their livelihoods.

He said he had informed the New Juaben South Municipal Assembly and the Assembly would soon take the necessary steps to have all the bars operating in the area closed down.

Mr Diabene said, he had been educating the people about the virus, why they should use the face masks, and practice social distancing but the people have complained that they do not have the money to purchase the masks and have requested that the Assembly provided them with the face masks.

He explained that the Assembly gave his electoral area only one Veronica bucket, one hand sanitizer, one bottle of liquid soap, and also gave Betom Zonal Council the same, which was not enough.

He said he was seeking support from Mr Dan Botwe, Member of Parliament for Okere in the Eastern Region, Dr Mark Assibey Yeboah, MP for New Juaben South, Mr Michael Oteng Adu and Mr Michael Boadi Sarpong prominent citizens of New Juaben to help provide food and other protective clothing for the people in the electoral area.

Mr Diabene called on NGOs and the Assembly to come to the aid of the people in his electoral area.