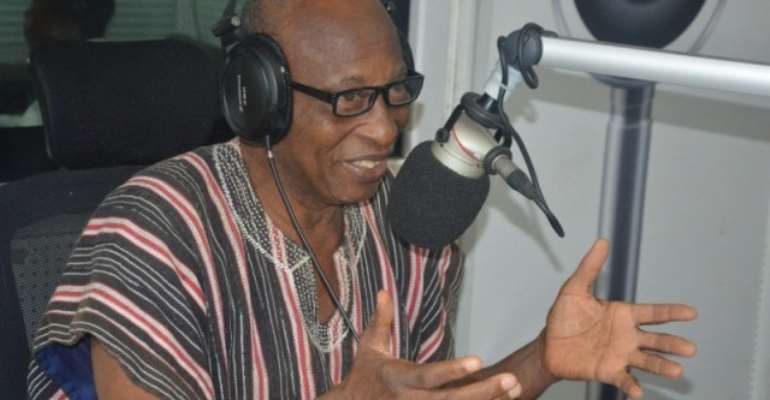 Major (Rtd) Boakye-Djan was arrested for allegedly making comments deemed to have breached the peace of the country.

The party in a statement said Boakye-Gyan’s arrest was unconstitutional, given that he was only raising concerns about the tendency of government’s actions and inactions which have the tendency of causing chaos.

“The purported arrest of Major Boakye-Djan is nothing but political persecution and therefore unconstitutional. All well-meaning Ghanaians upon listening to the comments of Major Boakye-Djan will come to one and only one conclusion that this is an elder statesman cautioning government about its actions and inactions that could plunge this otherwise peaceful country into chaos.”

The party wondered why Boakye-Djan was singled out when many commentators and civil society organisations had equally taken the Electoral Commission on.

“Suffice to say that many commentators and civil society groups have expressed worry on the recalcitrant and intransigent posture of the Electoral Commission backed by the government to forcefully compile a new voters register to suit their whims and caprices.”

“It is therefore surprising that the good old soldier will be singled out and intimidated when more damning comments made by Nana Obiri Boahen, NPP Deputy General Secretary, Abronye DC, NPP Bono East Regional Chairman, and Henry Nana B, NPP National Youth Organizer have been left off the hook.”

The party believes the arrest is a “major setback for all the progress we have made to promote Freedom of Speech and Expression.”

The party further expressed its dissatisfaction with what it called the “manifestation of gross intolerance” and the “arrest, detention and human rights abuses” under the current government.

“No wonder Ghana continues to perform abysmally in press freedom and freedom of expression ratings. We are concerned that the Akufo-Addo government has turned the Ghana Police Service into an NPP Police Service that they control like their puppet. This is a very dangerous development of politicizing an important state institution like the Police Service,” the statement added.

After being granted police enquiry bail, Major Boakye-Djan is expected to report to police once a week.

The arrest came after he was questioned by officials of the Criminal Investigations Department of the Ghana Police Service at his residence on Tuesday at his hometown at Bebianiha in the Bono Region.

In addition to Boakye-Djan’s arrest, police are also investigating the Deputy General Secretary of the New Patriotic Party, Nana Obiri Boahen, for comments made on the same programme on May 15.