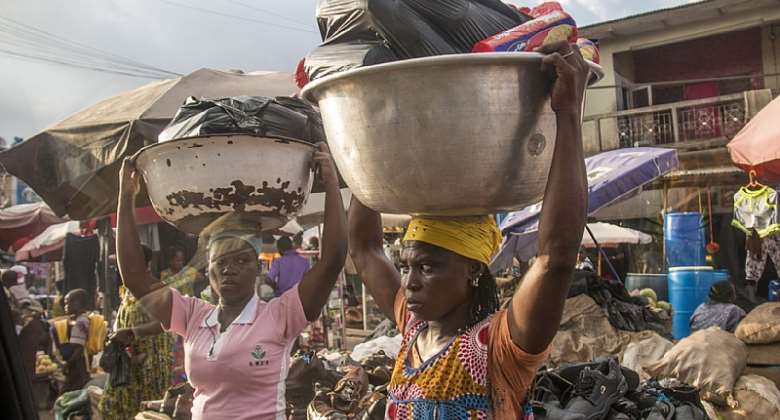 News airing on our channels recently about the government’s interest in rebranding head porters popularly known as ‘kayaye’ may look or sound good emotionally but a look at this in terms of what our economy needs indicate that we are playing in this country. Either intentionally or we just don’t know what we are doing.

The government’s reason for rebranding ‘kayaye’ is to make the trade a dignifying venture. Gender Minister, Cynthia Morrison said rebranding the trade has become necessary because it is dehumanizing and dishonours the country’s image in the eyes of the international community.

“We are going to brand their operations by getting them leaders and branding their head pans so that it will be easy to trace your item if it gets missing” she again added. I have found the government's reason very unsatisfying and with no contribution to the kind of developmental efforts we need to be putting up. If their reason is that the trade is dehumanizing and dishonours the country then the steps we should be taking is to start building an economy that will not push people into such trades in the first place.

Since independence, our politicians have been in the business of patronizing us rather than building balance so that the less privilege in society will also stay away from engaging in devaluing economic activities in their quest to feed their families. It seems our politicians have little understanding of what governance is and the voters who put them in power have no idea either, so the whole politics and election topic is just ‘something which is there.’

It is not surprising though, looking at the New Patriotic Party and their activities since they won power, the renaming ceremony campaign they initiated and the creation of numerous positions or offices that, well, we know the economic benefit of that. We all know this rebranding agenda they are putting up is going nowhere, it is just a waste of time and a way to avoid their responsibilities.

Another interesting thing you might want to know is that during the 2016 Presidential race, head porters in the Kumasi Metropolis donated Ghc 5, 000 to support the Presidential ambition of the New Patriotic Party. This could be the New Patriotic Party showing their gratitude with this patronizing gesture. One thing they (politicians) have not been seeing for years is the fact that gestures like this cannot save the economy, it takes planning and hard and smart thinking, which we lack.

I suggest the government things about policies and strategies that will actually give this country the honour it deserves, and they should stop hiding behind rebranding and renaming.