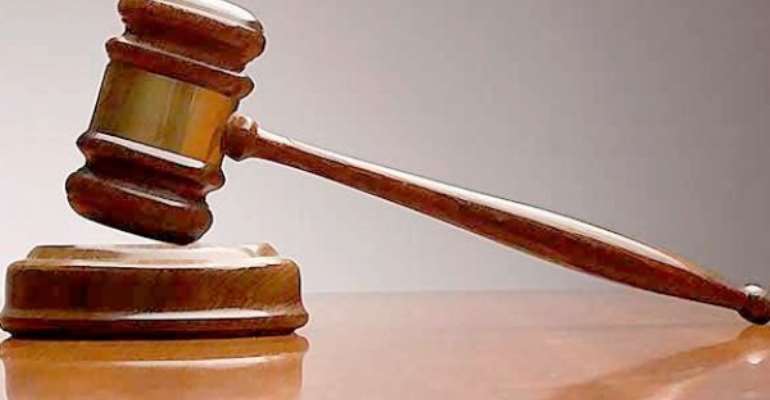 Jamal was picked up by officers of the Ghana Immigration Service (GIS) at the Kambaa Immigration Inland Checkpoint in the Upper West Region for entering Ghana through an unapproved route during the pendency of imposition of restrictions on travels into the country.

He pleaded guilty for violating the Imposition of Restriction Act, 2020 (ACT 1012) and was convicted on his own plea by the Court presided over by Mr. Emmanuel Essandoh to a fine of 2,000 penalty units (GH¢24,000.00) or in default serve four years in prison.

A statement issued and signed by Superintendent Michael Amoako-Atta, Head of Public Affairs, was copied to the GNA to this effect.

According to the prosecution the conviction secured against the Malian was appropriate, and that, it would deter others from entering the country illegally.

The statement said "We pleaded with the court for stiffer punishment so as to deter others especially foreign nationals from breaching travel restrictions in this period of 'new normal'".

Jamal has however paid the fine and has been handed over to the Operations Unit of the GIS for further action to be taken.

The facts, as presented by the Ghana Immigration Service (GIS), were that on March 30, 2020, Jamal was arrested at Kambaa Immigration Checkpoint by personnel of the Upper West Regional Immigration Command for illegally entering into the country through unapproved route during the pendency of the Imposition of Restriction on travels to Ghana.

According to the statement of the prosecution, Jamal was quarantined and examined for COVID-19 at the Wa General Hospital which proved negative and was subsequently referred to the National Headquarters of the GIS in Accra for further investigations.

The statement said investigations revealed that Jamal had his wife and two children residing in Accra, and also trades in Sugar, maize and other related products.

The prosecution said prior to the imposition of restrictions on travels to Ghana by the Government to help curb the spread of the Coronavirus disease (COVID-19) in the country, Jamal made a business trip to Mali in the month of March this year.

The statement said in his quest to enter the country, notwithstanding the restrictions imposed on travels, he engaged the services of a motor rider, to convey him from the border of Burkina Faso to Ghana's border through an unapproved route in Hamile in the Upper West Region.

The statement said the convict continued on his journey to Accra but was arrested at the Kambaa Immigration Checkpoint at Nandom, also in the Upper West Region.

The statement said Jamal admitted to the offence and after investigations he was charged for violating the restrictions imposed on travels to Ghana.