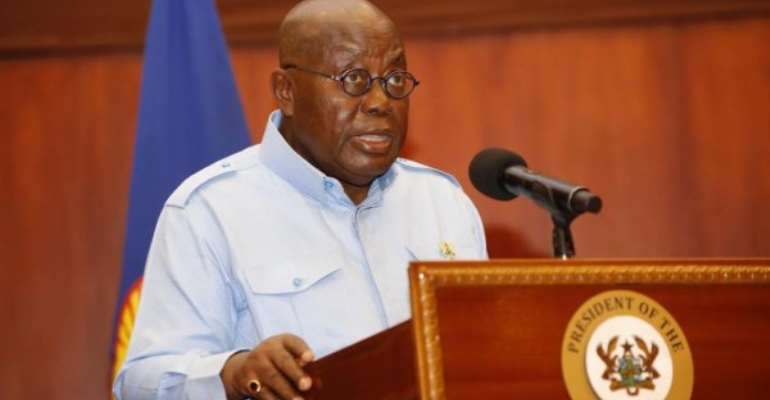 The five who had returned into the country in spite of President Akufo-Addo's directives, were kept under surveillance after they appeared at the Port.

They were eventually arrested after background investigations confirmed that they were Ghanaian returnees from Nigeria.

Speaking to the Ghana News Agency in an interview in Accra on Wednesday Mr Francis Anyidoho, a Stevedore in Fishing Vessels at the port said Colonel William Kwabiah, the Head of Security at the Port, led the operation that busted the returnees.

According to him the Chief security got the Port's security patrol boat to track the five down after the background investigations.

He said “I witnessed the arrest, it was so professional and effective, Col. Kwabiah and his team, including Nene Ofoe Teye and Mr. Sammy Adjetey, senior officers of the security department, made sure the five were at a place where they were isolated from other people at the port and arrested them.

After the arrest, the five were questioned and self-confessed that they indeed had returned from Nigeria after spending two months there and that they were on their way to Sekondi, where they originally come from.

The arrested persons whose names weren't given also said they were driven by hunger to the Port and were hoping to secure some food and go on their way, like they were regular citizens who were living in the country through the Covid-19 lockdown.

“However, while they thought they were sneaking, they didn't know they had long been picked up by the eagle eyes of Col. Kwabiah, the port security manager Francis Anyidoho said.

The five according to him have since been put into isolation and subjected to mandatory testing for coronavirus.

Mr. Anyidoho was full of praise for Col. Kwabiah and the tough muscle he brought onto the security of the Tema Port.

“He is just as effective as his predecessor, Col. JM Punamane, who has now been transferred to the power house in Accra for special duties because of his vast experience,” Mr. Anyidoho said.

This is not the first time GPHA security department has fished out people trying to sneak into the country through the Tema Port.

Just a few weeks ago, two other persons who tried to steal into the country were picked up and mandatorily put into isolation for testing.

“The way the Tema Port security is sharp, if all the security people at the various ports around the country are this sharp, the country will be very safe,' Francis Anyidoho observed.

He also praised the Management of the Ghana Ports and Harbours Authority, including: the Director General, Mr. Michael Luguje and the Director of Tema port, Mrs. Sandra Opoku, saying their provision was what aided the Port security officials to be that sharp.

We will mourn, celebrate and learn from your life – NDC pays...
49 minutes ago