Unions, opposition call for state to intervene amid rumours of Renault closures 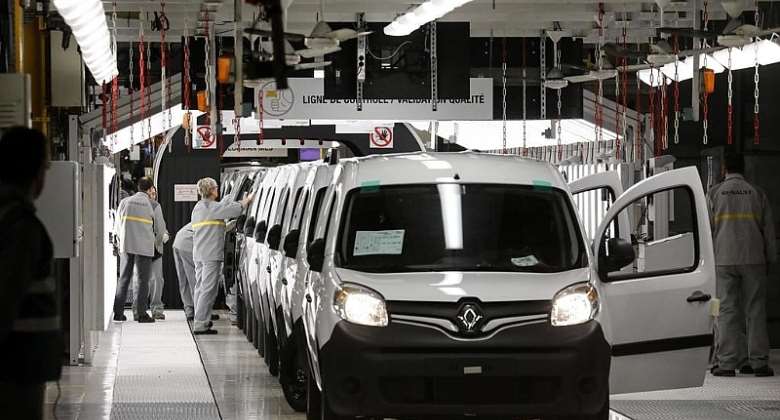 There is growing pressure on the government to intervene amid talk that Renault is to announce the closure next week of four of its factories in France.

In its Wednesday edition, the Canard Enchainé weekly paper reported that the company planned to close sites at Dieppe, Choisy le Roi and les Fonderies in Brittany as well the site at Flins where the Zoé electric car is manufactured. The paper did not cite sources but the company had already made clear in February that it hoped  to make economies of 2 billion euros.

The main trade unions representing the Renault employees issued a communiqué on Thursday expressing the concerns of the workers.

Secretary General of the nationwide CGT trade union, Pierre Martinez, told RTL television that it was “unthinkable” that Renault management might close four sites, while the government, he asserted, “wants to re-industrialize the country.”

The French state is a major stakeholder in the company, with 15% share of capital and Renault is in line for a 5 billion euro loan backed by the French state.

Marine Le Pen, of the far right RN party called on government to “assume its responsibilities as a stakeholder in Renault to safeguard jobs and the production of these cars in France”.

"Ghosn lauded as a God"
Meanwhile, Martinez insisted Renault's difficulties did not stem from the Covid-19 crisis but were “due to the years of governance by [former CEO] Carlos Ghosn, who was lauded as a God for years and years”.  “Now we see the consequences of his strategy”, he continued, “It is this strategy that must change. »

Carlos Ghosn iwas arrested in Tokyo in November 2018 on charges of financial misconduct while he was the head of Renault's partner, Nissan. He escaped from house arrest in Japan and fled to Lebanon on a private jet in December 2019.

Renault registered its first loss in more than a decade last year and its credit rating has been downgraded by Standard and Poor's.

Damien Abad leader of the LR party in the Senate, told French television said an urgent rescue plan must be put in place this summer, while Matthieu Orphelin of the new EDS parliamentary group said that in return for the government's 5 billion euro package, the company should make a firm commitment not to lay off staff.

Meeting next week
The Renault Nissan Mitsubishi group has planned a joint press conference on May 29 concerning what it called “progess in Alliance activities”. The group said in January that it planned deeper co operation between the three entities Renault, Nissan and Mitsubishi, amid concerns that the alliance was splitting.

Meanwhile, a Renault factory in northern France which was forced to suspend activities after a court ruling on May 7th is to reopen on Friday according to the CGT trade union.

The court decision caused huge controversy as the factory had resumed production on April 28th after lockdown, following the installation of anti-Covid-19 measures which were approved by all of the trade unions except the CGT.