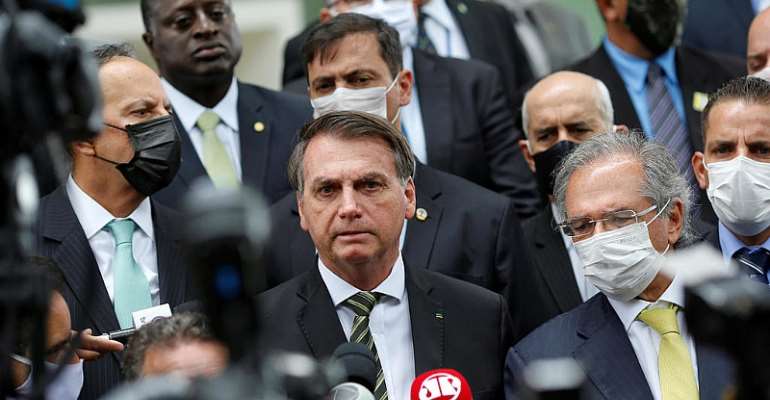 The force of the coronavirus pandemic is hitting hard in Latin America, as Brazil's daily death toll on Tuesday jumped to a record 1,179.

The surge in deaths from what President Jair Bolsonaro once called a “little flu” marks the first time the toll has exceeded a thousand.

Brazil has now overtaken the United Kingdom to become the country with the third-highest number of confirmed infections – at 254,220 – behind the United States and Russia.

Health Ministry figures show Covid-19 has killed at least 17,971 people in Brazil, with the virus peak not expected until early June.

Two health ministers – both trained doctors – have resigned as in the past month over Bolsonaro's handling of the crisis and his opposition to restrictions on movement, which he views as too damaging to the economy.

The country's interim Health Minister, Eduardo Pazuello, is on Wednesday expected to issue new guidelines explaining the recommended use of the anti-malarial drug chloroquine as a possible remedy.

US President Donald Trump, who said he was considering a travel ban from Brazil, earlier told reporters he was taking chloroquine preventively.

Meanwhile the World Health Organisation this week agreed to hold an independent inquiry into its response to the pandemic, which has killed more than 320,000 people around the world.