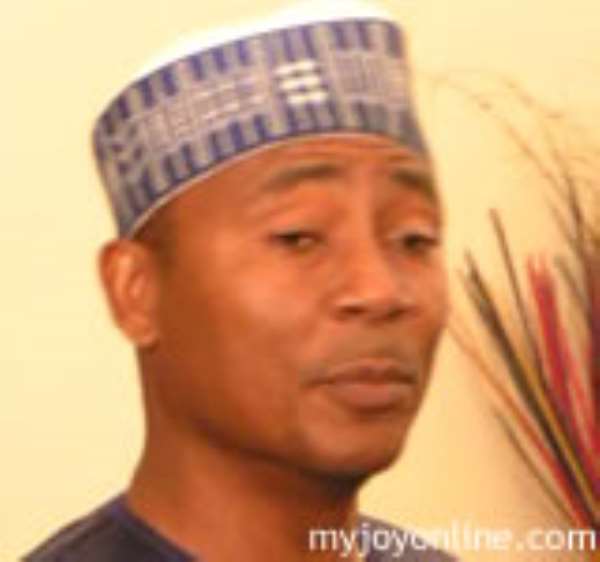 A security analyst says the deliberate exploitation of the Dagbon Chieftaincy Conflict for political purposes is the reason for the continuing violence in the area.

The Executive Secretary of the West African Network for Peace Building WANEP, Emmanuel Bombandey, said there are political forces in Dagbon who are deliberately trying to derail the peace process since they stand to benefit from it.

Mr. Bombandey was reacting to last week's shooting incident that occurred
at a farming community along the Tamale-Yendi Road in the Yendi
District that left 12 people with gunshots wounds.

Seven suspects were arrested in connection with the incident. Speaking to Joy News, Mr. Bombandey said such incidents would continue as far as political
leaders exploit the conflict for their own selfish interest.

Bombandey said a challenge about the actors in this theatre of protracted conflict is that they are not covered.

According to him, they are not opened and they are not easily identifiable and yet they are at play, night and day in trying to delay the peace process because they see the continuing crisis to be at their advantage and many cases this advantage is political but that goes back to the promises that have been made too the expectations that were generated at the community level.

Mr. Bombandey also noted that there are some factions in Dagbon who are still dissatisfied with the road map for peace. He said such dissatisfaction is another contributive factor for the continuing chaos in Dagbon.

The security expert said the brains behind the conflict feel that what they expected out of the crisis will not be met by the processes that have been put in place as the fight in the road map.

“To this extent, that dissatisfaction rather than expressing itself in terms of how to continue the dialogue, is expressing itself at some levels of violence. Right now as we speak, the kinship of Dagbon is vacant.

“Thank God. I think our brothers are seeing reason with us that whoever falls foul with the law should face the full rigous of the law. I can say it was due to lack of communication between brothers that led to the conflict.”

Mr. Brakatu said however that his outfit has tightened security in the
area to prevent a reoccurrence of the incident. “As I am talking now, we have beefed up security in at Yendi. The security services have beefed up a network so no cause for alarm

“The essence of this council of elders, before the funeral of the two great kings are performed, there's the need to enskin or install certain important chiefs not all chiefs in Dagbon but selected chiefs who will be responsible for the funerals.

The two chiefs will come together as one group. First of all, will have indirect benefits. It brings the two skins closer and brings integration, harmony and peace.”

Group protest in Tamale over ‘low’ pay rise for public secto...
41 minutes ago