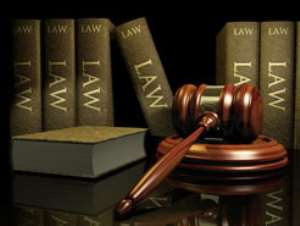 The Ghana police with their Criminal Investigations Department, the National Security and the Bureau of National Investigations (BNI), are today called upon to raise their game if they want to be seen as effective forces guaranteeing the safety and protection of Ghanaians. They must be seen to be on top of the game, being proactive and/or quick to respond to issues that place human lives at risk.

There are ongoing airwaves programmes, especially on Net2TV in Ghana, about how some Ghanaian so-called prophets competing for wealth, fame and power, have been sacrificing innocent Ghanaian children and pregnant women's lives, burying some alive, and pounding some alive in mortars like we pound fufu.

On the surface of hearing these stories, one may think those narrating them have gone mental so we had better ignore them. However, it is worth investigating such allegations as there is the slightest truth in every rumour.

I don't often see the Ghana security agents react quickly to such disclosures. I am not for arresting and prosecuting those people who come out to reveal what is going on behind the curtains of which they were once active participants. However, if such persons are approached, they could become sources of, or codes for, unravelling and cracking hidden disastrous, murderous and worrisome secrets as well as becoming principal state witnesses to prosecuting the avid perpetrators of such crimes.

Once the people come on air are allowed to freely reveal all the secrets without the police acting quick to follow up the traces, arresting those concerned and rushing to condone off the alleged crime scenes, the culprits can have ample time on their hands to proceed to the mentioned crime scenes to remove all the traces of evidence as are alleged on the television or radio. These people revealing the once committed crimes of which the public is not privy to, are in fact, helping the nation to combat the crimes to stop their reoccurrences if the security forces would respond to their revelations in a professional manner.

Many a time, the security agents will sit there doing nothing for those divulging the secrets to continue to do so without intervening to gather information to be subsequently used to deter other would-be similar perpetrators of crime or to arrest those being spoken about as having indulged themselves in committals of such heinous crimes.

Could the police and the requisite law enforcement agents contact those TV and radio stations where secrets about committed crimes are revealed to gather more information to trace and invite those alleged to have committed the crimes for interrogation? It is by this that the love of committing crimes with impunity can be abated or else, many crimes will continue to be committed every day of the month.