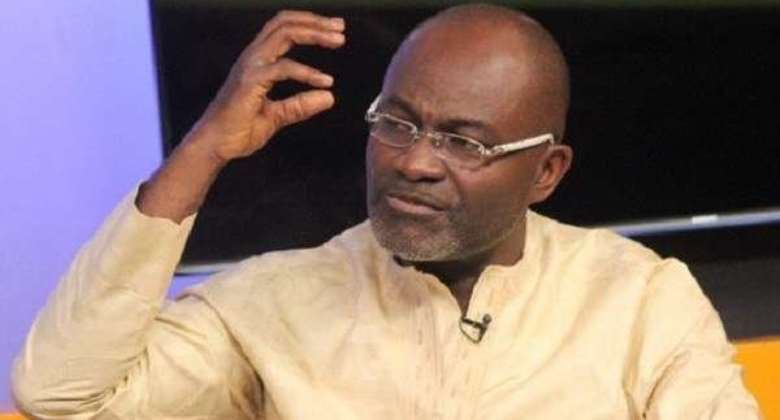 Fellow Ghanaians, I invite you all to join the liberation war being waged against false Ghanaian pastors and prophets in Ghana by Kennedy Agyapong (Honourable) and his team of dedicated workers, thus hosts and guests, and especially, Kweku Annan. The hand of God is upon Kennedy Agyapong, the number one and unequalled Ghanaian criminal investigator whose successful conduction of investigations is moving from strength on to strength.

The mushroomed self-styled pastors and prophets who have converted many school classrooms and open spaces into churches, ensuring that their congregations attend church service, counselling and miracle-delivering crusades 24/7 (24 hours a day seven days a week) are indeed causing economic and financial loss to the state. For what they stand to gain as individuals, they would have Ghanaians flock into their churches all the time to listen to their crap, pay church offertories and tithes and to sell to them fake "anointing" oils of all dubious names and false healing powers.

What time have their church members and those trooping to consult them for various reasons, to go and perform credible economic activities to yield money for themselves and to pay taxes to the state? None! People waste more time with these fake pastors and prophets who by recent revelations are purely murderers, swindlers, womanisers and liars. They are more of the agents of the devil than God's.

Watch the videos below.

There are a few genuine prophets and pastors in Ghana. These ones neither publicize themselves nor dupe people but preach the word of God and prophesy what is genuinely revealed to them by God.

For the evil perpetrations and perpetuations by these many false pastors and prophets, it is just right that I ask and invite all sensible Ghanaians the world over to rally in support of Kennedy Agyapong and his team in their fight against these rogues who are disgracing the word of God, and God, by their reprehensible actions and activities.

I had known the so-called Angel Bishop Obinim and Prophet Badu Kobi as fake hence published articles to lambast them sometime ago. Now that their cups are full and overflowing with their evil stinky contents, many a sensible Ghanaian cannot stand the foul stench but to call for the arrest and prosecution of such rogue pastors and prophets.

It is never true that these fake Ghanaian pastors and prophets the world over have wherewithal to take anyone one to heaven. No, they will rather take their followers into hell. They are mere prosperity preachers but not salvation preachers. It is by preaching prosperity that they are able to get the teeming ignorant Ghanaians to cheat them.

It is erroneous on the part of anyone to say that we should leave the pastors and prophets alone to be judged by God. No and no! We have to expose them, get them arrested and prosecuted. If they are able to kill or bury pregnant women and children alive for their selfish desires to be immensely rich, powerful and famous, we are in the same vein permitted, if not obliged, to expose them and call for their arrest, prosecution and conviction. This is not something we should leave to God.

A movement in support of Kennedy Agyapong and his team must be formed to encourage them to relentless pursue their aim to attain their objective of ridding Ghana of insatiably greedy, wicked and false prophets and pastors. They are not only parasites feeding on the poor man's labour but also, they are murderers, swindlers and economic saboteurs unworthy to be citizens of Ghana.

Shame on all the fake pastors and prophets and their supporters. God through Kennedy Agyapong, Kweku Annan, Demon Breaker and Manasseh are waging a war to expose and punish them. They have my absolute support!