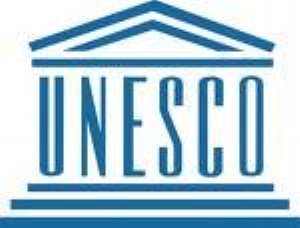 Paris, 20 May—The Director-General of UNESCO, Audrey Azoulay, has condemned the murder of television reporter Said Yusuf Ali in Mogadiscio, Somalia, on 4 May.

“I condemn the killing of Said Yusuf Ali,” said the Director-General. “I call on the authorities to undertake a thorough investigation to determine if the journalist’s death is connected to his profession. This killing comes as a sad reminder of the threats facing the press,” Ms. Azoulay added, stressing that the murder took place on the day following World Press Freedom Day.

A reporter with private television broadcaster Kalsan TV, Said Yusuf Ali was stabbed to death on his way home while trying to separate a man and a woman who appeared to be fighting. Investigators are reported to suspect that the fight was staged as a trap for the journalist who had reported on the reverses of the rebellion against the government of Somalia.

UNESCO promotes the safety of journalists through global awareness-raising, capacity building, and a range of actions, notably in the framework of the UN Plan of Action on the Safety of Journalists and the Issue of Impunity.

Latest Photo Reports
Catch up with all the political quotes from our politicians.
Advertise here
More Somalia
ModernGhana Links
Press Statement Issued From The Presidential Palace Of Somaliato Laud And Appreciate All Those Involved In The Long-Running Maritime
SJS condemns recent arbitrary detentions, threats against journalists' safety in Mogadishu, Qardho and Garbaharey
Panel Discussion on Safety of Journalists and Human Rights Defenders during the Elections concluded in Mogadishu
Veteran journalist assassinated in Mogadishu suicide attack
State media director killed; others injured by a suicide bomber in Mogadishu
Widely Condemned Eviction And Deportation Of Southerners From Self-Proclaimed Republic Of Somaliland
Federal Government Of Somalia Had Set Seven Days Ultimatum To Africanunion Envoy To Absquatulate The Country
Long-Delayed Polls For The Lower Chamber Of The Parliament Hadfinally Kicked Off
Universal Suffrage That Will Destigmatize Semi-Autonomous Region Of Puntlan
TOP STORIES