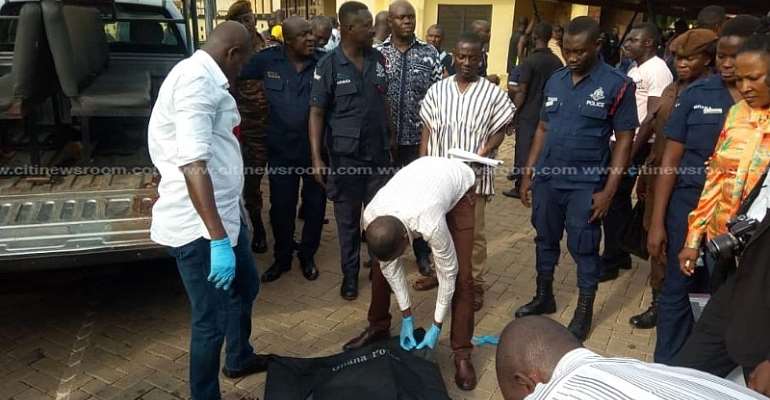 Police in the Ashanti Region have ruled out any targetted killing in the death of the driver of the District Chief Executive of the Amansie South District following a robbery incident.

Two other persons died in the incident where eight armed robbers attacked a gold dealer and stole four pounds of gold and GHS15,000.

According to police, after the incident, the robbers started firing indiscriminately killing the three persons and injuring at least one other.

“From the information, we picked up on the ground, it was just unfortunate that the DCE's driver fell victim in this robbery. From the information we gathered, the robbers had attacked the gold dealer and just after they had finished, they started firing.”

“He [the driver] happened to chance on the robbers and unfortunately he was shot and killed. So it isn't that he was a target of this unfortunate attack,” the Ashanti Regional Police PRO, ASP Godwin Ahianyo, said on Eyewitness News on Tuesday, May 19, 2020.

The Amansie South District Security Council has since met over the incident.

The driver of the DCE, William Asante Bediako, was said to have been returning from a public sensitization campaign on COVID-19 with a District Health Director when the robbers shot him through the windscreen of the vehicle.

The incident according to police happened at about 7 pm on Monday.

A team of investigators have since been dispatched to the scene as police begin investigations into the shooting.