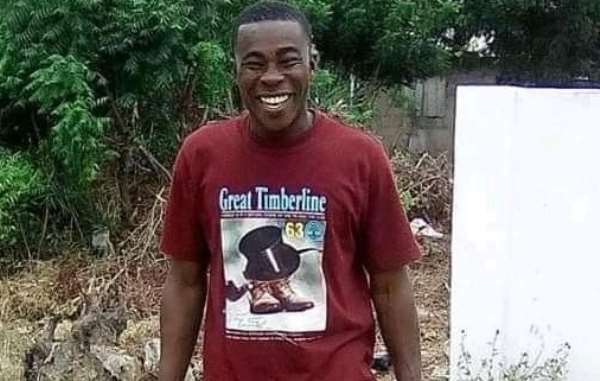 There is seeming tension at Prampram near Tema following an alleged murder of a Construction Supervisor of a real estate company in the area.

The deceased, Samuel Kateynor alias Shaba, a 33-year-old resident of Ashaiman left behind a pregnant wife and three children.

He was reportedly shot when he and his colleagues attempted to fend off an attack on a land they were helping to develop at Prampram.

His body has been deposited at the Police Hospital in Accra.

Moses Kateynor, family elder of the deceased is calling on the Inspector General of Police (IGP) to initiate full scale investigation into the incident to unveil the circumstances under which their son was allegedly shot and killed last Thursday, May 14, 2020.

He said although their son's colleagues and other witnesses have alleged that he was shot and killed by one AsafoatseTotimeh and his men at Prampram, the Prampram Police discounted the shooting incident and described the incident as a mere motor accident.

He noted that even though they were not present when the incident took place, they have adequate evidence to prove that their son was shot.

They stressed “the CID and the IGP should ensure the right thing is done because our son was shot. The Police should do something, else we shall not rest on this matter.”

Notwithstanding this account by the family and eye-witnesses, the Prampram Police has dismissed the murder claim as at the time of filing this report.

According to Superintendent Mohammed Issah Cantona, Prampram District Police Commander, the deceased died through a motor accident after he fell off from a motorbike he rode on as a pillion rider with his colleague.

He further alleged that Samuel and his colleagues together with their boss had gone to attack AsafoatseTotimeh instead in his house.

To this end, he fell from the motorbike and died when they were escaping retaliation from the Asafoatse and his men.

However, a post-mortem report available to DGN Online indicates that the deceased died through “haemorrhagic shock, severe chest injury and gunshot at a distant range.”

The report was signed by Chief Superintendent Dr. O. Owusu Afriyie of the Police Hospital, Accra.