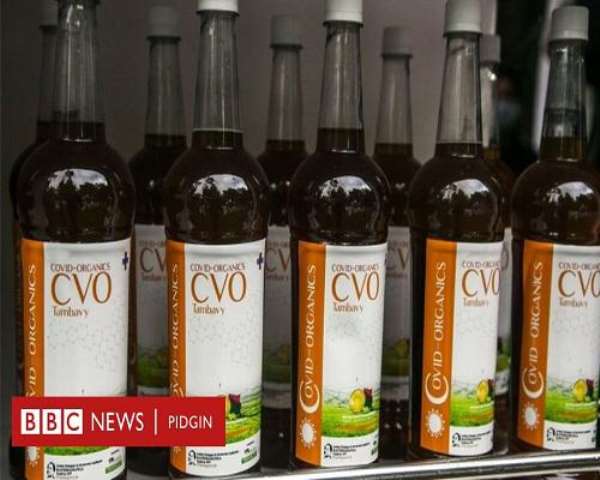 Ghana has taken delivery of the controversial Madagascar covid-19 organics.

The Information Ministry made this known in a tweet.

It says the drug is being tested for its efficacy.

Earlier this month, The President of Madagascar Rajoelina said his government was collaborating with foreign doctors and scientists to study alternative research possibilities, though carrying on with trials of the Artemisia plant, the main component of CVO.

Known under the scientific name of Artemesia Annua, the plant of Chinese origin was first imported to Madagascar in the 1970s to treat malaria.

However, the World Health Organization (WHO) warned against the use of CVO without medical supervision and cautioned against self-medication.

Meanwhile, the National Agency for Food and Drug Administration and Control (NAFDAC) in Nigeria said it is undertaking laboratory tests of the herbal drug from Madagascar.

“My position regarding all herbal or traditional medicines is that any such formulations should be sent to the statutory regulators for thorough scientific verification. We will not put anything to use in Nigeria without the endorsement of our regulatory institutions,” President Muhammadu Buhari said on Twitter.