Ashanti Police On Manhunt For 8 Robbers For Killing 3 Persons 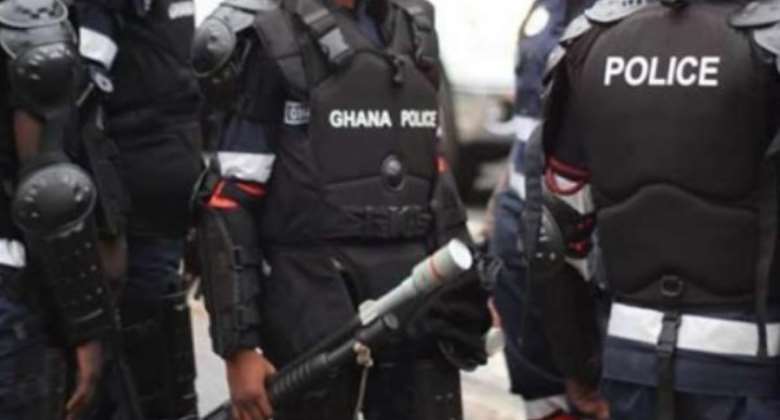 The armed robbers, said to number about eight, fired indiscriminately during an operation to rob a gold dealer in the community, resulting in the death of three persons, including the driver of the District Chief Executive, Mr William Bediako.

The driver, Mr Samuel Osei, together with some officials of the Assembly were returning from a community sensitization programme on the COVID-19 in the area, when the incident occurred.

The other victims were Kwaku Miller, alias “Osofo” 25, and Kwaku Danso 60, who was said to be lying in front of his shop, when a bullet hit him.

Four others who sustained various degrees of gunshot wounds have been admitted at Agroyesum Hospital for medical attention.

The incident, which was said to have happened around 7pm on Monday evening, had thrown the community into a state of fear and panic.

He said the robbers succeeded in taking away four pounds of gold valued at GH¢17,000.00 from one P. K. Adom, a gold dealer at Manso Dadiese.

Mr Ahianyo said the robbers after the operation began to shoot indiscriminately and the bullets hit the victims resulting in their deaths and others sustaining injuries.

He said the police retrieved an AK 47 rifle and some ammunitions from the scene.

Mr Ahinayo said the police had intensified its investigations and called on the people in the area to give the police the needed information to apprehend the culprits.

Mr Seth Agyei, Assembly member for the area, speaking earlier to the GNA, said the DCE's driver, who met his untimely death, was returning from a COVID-19 community sensitization programme at Manso-Daatano together with some health officials of the District Assembly when the incident occurred.

He wondered why the robbers could shoot to kill innocent people after succeeding in getting whatever they were looking for.

Meanwhile, some residents of the area have decried the poor nature of the road network, which contributed to the delay of the arrival of police personnel during the attacks.

Agya Appiah, Chairman of the Unit Committee, appealed to the government to immediately fix the road in the area.