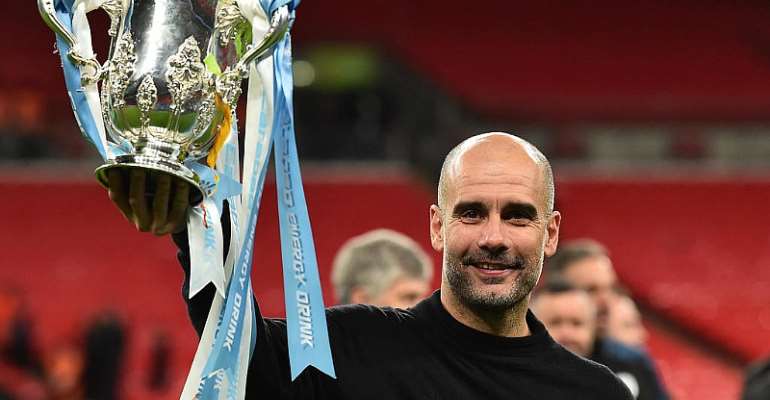 Manchester City's future in the Uefa Champions League will be decided next month by the Court of Arbitration for Sport (CAS).

The tribunal, based in the Swiss city of Lausanne, said on Tuesday that between 8 and 10 June it will consider Manchester City's appeal against a two-year suspension for flouting rules on how clubs are financed.

Uefa said City was guilty of overstating its sponsorship revenue in its accounts and in the break-even information submitted to the organisation between 2012 and 2016. Uefa also fined the club 30 million euros.

The club has denied wrongdoing.
Ambitions
Manchester City were second in the English Premier League when football was suspended in England as part of the British government's attempts to stop the spread of the coronavirus.

With the defence of their Premier League title extinguished, Guardiola said after claiming the League Cup for the third year on the trot, that his objectives were to qualify for next season's Champions League tournament and add this season's competition to the club's trophy cabinet along with the FA Cup.

If the season resumes, City will take a 2-1 lead over Real Madrid into the second leg of their Champions League last-16 tie at the Etihad. They also face Newcastle United in the quarter-final of the FA Cup.

However, if the Uefa ban were to be upheld and City finish second, the fifth-placed team in England will take City's place in next season's Champions League.

Okada Business Will Keep Booming If Roads Are Not Expanded –...
3 hours ago

Mahama Promises One TVET, One District
3 hours ago