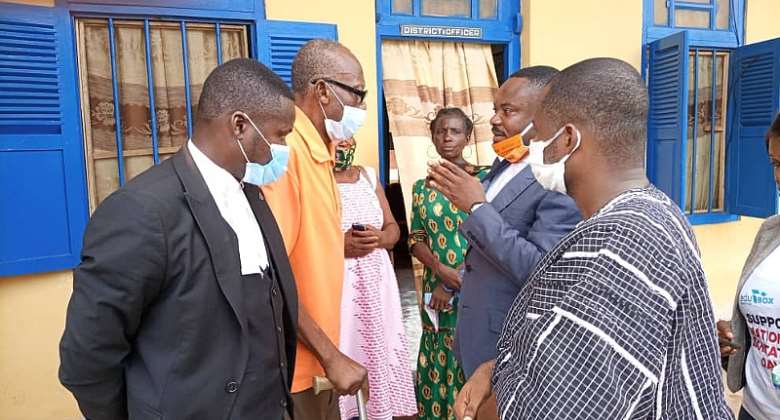 The Criminal Investigation Department of the Ghana Police Service is in conversation with Major Rtd Boakye Gyan in the Jaman South Municipal Police Headquarters at Drobo.

His arrest comes on the back of his 'civil war' comments he made last week on a radio station that "if the EC wants a civil war they'll get it".

The CID, on the 15th May this year,went to the residence of the former coup plotter to arrest him over the above mentioned comments but he refused to go with them to Accra and gave ill health as a reason and for that if the CID can provide an ambulance he'll go with them.

The CID picked him up this morning at around 9:20am and has since being with him to write his statement.

Two lawyers of Major Boakye Gyan were allowed to be him.