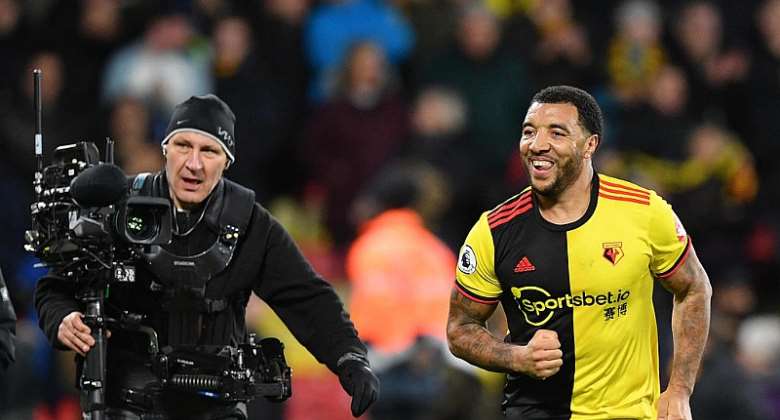 Watford captain Troy Deeney said he will not return to training this week due to his fears that he could pass the coronavirus on to his five-month-old son and the lack of information over the risks to black, Asian and mixed ethnicity (BAME) players.

Data from Britain's Office for National Statistics suggests that black people are more than four times as likely to die from coronavirus as white people.

Deeney, 31, said his concerns were not allayed during meetings between club skippers and football authorities.

“I asked very simple questions,” Deeney said on the Talk The Talk podcast.

“For Black, Asian and mixed ethnicities … is there any additional screening? Heart stuff, to see if anyone has a problem?

“I feel that should be addressed. I can't get a haircut until mid-July but I can go and get in a box with 19 people and jump for a header? I don't know how that works.

Deeney added: “We're due back in this week. I've said I'm not going in. My son is just five months and he's had breathing difficulties. I don't want to come home and put him in more danger.”

Deeney has consistently voiced his concerns over the speed with which England's Premier League hopes to return to playing matches despite Britain's death toll of 34,000 people.

The Premier League was shut down in March as part of the British government's attempts to stop the spread of the coronavirus.

European league reaction
On Monday, the Scottish Professional Football League terminated the Premiership season early and awarded the title to Celtic due to the problems caused by the pandemic.

Leagues have also been ended in the Netherlands, Belgium and France for the same reason.

However in England, Spain, Italy and Portugal, league authorities say they want to emerge from their suspensions and continue with their campaigns.

Over the weekend, the German Bundesliga relaunched behind closed doors after a two month lay-off but with tight health and safety guidelines.