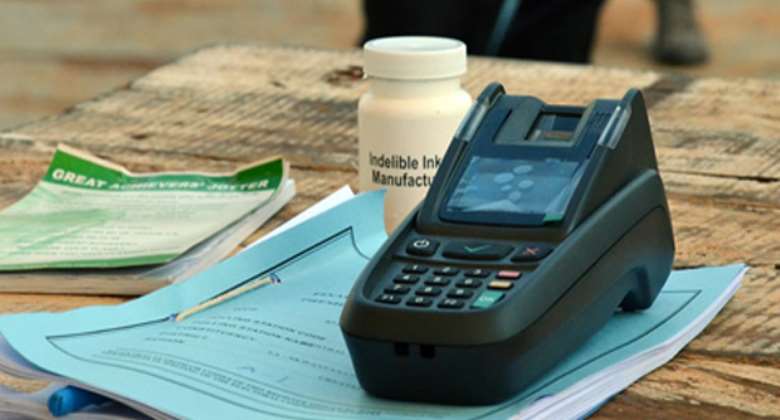 The unilateral decision of the Electoral Commission(EC), led by Madam Jean Mensah, to exclude the Voter’s ID Card as an eligibility requirement to be considered in the conduct of the New Voter's Register exercise is not only an attempt to disenfranchise majority of Ghanaians from exercising their political rights in the impending December 7 elections but also a recipe for political chaos in this country. Hence, that decision should not be allowed to graduate into any form of ceremony to be celebrated by only a fraction of the nation.

To proceed with, I wish to ask EC, Jean Menash, the basis for the exclusion:

What are the basis for excluding the Voter ID as an eligibility requirement document?

It is important to state that the only two eligibility documents which included the Passport and the Ghana Card, less than half of the population of Ghanaians possess them. Again, the Ghana ID and the Passport were produced using the Voter ID Card as an eligibility primary document. So if today, the EC says that the Voter ID which helped make the said two documents to come to reality is not credible requirement enough, doesn't that raise legal concerns about the eligibility of those documents?

During the Ghana Card registration exercise, every Ghanaian was mandated to produce his or her Voter ID in order to be qualified to register. Today, while the National Identification Authority (NIA) is still accepting the Voter ID in processing the Ghana Cards, EC blatantly rejects such same document for the new register. Isn't this mind boggling and amounts to an abuse of power?

That the legitimacy of President Nana Akufo Addo is largely dependent on the Voter's ID which the EC is bent on attempting to exclude as a valid document is undebatable. And that the Voter ID Card is the only legitimate and credible national document that validates every citizen in order to participate in any political exercise is also an obvious fact that cannot be subjected to public controversy. That the only credible and valid ID that majority of Ghanaians possess at this material moment is the Voter's ID is also an obvious fact beyond doubt.

That the only National Card that would not disenfranchise majority of Ghanaians is the Voter ID only.

That the legitimacy and credibility of the Ghana Card and that of the Passport Card emanates from the Voter's ID which has been considered an ineligible requirements is equally a fact beyond debate.

That any attempt to exclude the Voter Card as an invalid card would mean that the Ghana Card and that of the passport card raises serious credibility concerns which must not be swept under the carpet.

It is instructive to state that the voter card was the card that was used to vote the then Candidate Nana Akufo Addo into office as President of the republic. If today, that document is considered an ineligible document, does that mean that our President also loses his credibility as an legitimate President of the Republic?

Logically speaking, that should have been the case! It is on this basis that most Ghanaians turn to lose faith and confidence in the Jean Mensah led Electoral Commission.

From the forgone argument advanced, it does appear that the motivations behind EC's ill-advised decision is not in the national interest because it does not satisfy the will of the majority of Ghanaians, and that it should be abandoned with all the seriousness and urgency it deserves in good faith. That the EC is toeing on a dangerous tangent is an obvious fact, and that all civil society organizations including Christian Council of Ghana as well as the Peace Council, must take this matter seriously, and get the EC Boss, Jean Mensah, to do the needful thing by rescinding her decision to go ahead with new register mantra without including the Voter Card as an eligibility requirement.