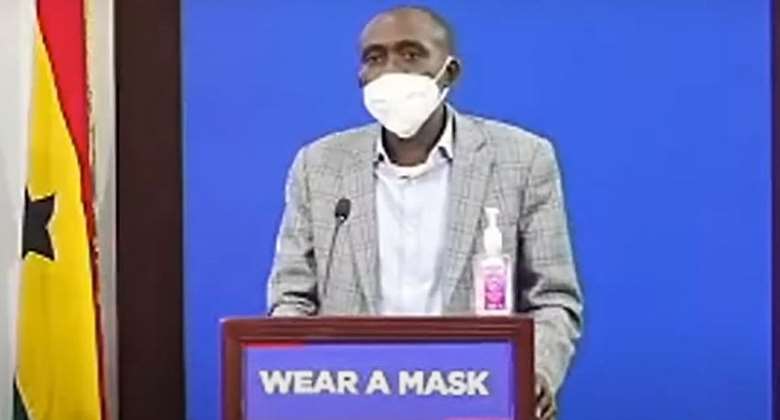 Government is rolling out a voluntary mass testing programme in Obuasi in the Ashanti Region as part of efforts to curtail the spread of COVID-19 in that area.

Obuasi currently has the highest number of COVID-19 cases in the Ashanti Region.

According to the head of Disease Surveillance Department of the Ghana Health Service, Dr. Franklin Asiedu-Bekoe, a visit to the area revealed some work that still needs to be done to ensure that the risk of spread in the area is kept low.

Speaking at a Ministry of Information press briefing, Dr. Asiedu-Bekoe said taxi drivers, food vendors, and other high-risk persons will be tested in the mass exercise.

“We are going to carry out enhanced contact-tracing in the very high-risk areas. Obuasi has very densely populated areas like Central Market, Anyinam, Asankore, Wawaso among others…We are also going to do mass voluntary testing among certain risk groups including taxi drivers and food vendors. That is a way of trying to address surveillance and contact management in Obuasi,” he said.

He revealed that 72 percent of all cases recorded in the area occurred within four days [April 21 – April 25] with one trader identified to have infected 17 people.

Dr. Asiedu-Bekoe noted among other observations that the fact-finding team found out that compliance to the wearing of face mask in the area is low and there is no COVID-19 treatment facility in the area despite being a very densely populated area.

“Obuasi is one area where population density is high. Although AngloGold Ashanti has a prominent hospital, they did not have a treatment facility. You also see that, you do not see people wearing face masks…They also did not have a holding facility,” he observed.

He further announced that the Health Ministry has secured a 100-bed facility as an isolation centre to help in case management.