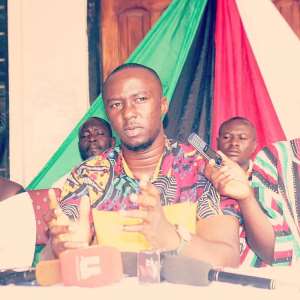 The National Democratic Congress (NDC) in the Savannah Region has given the New Patriotic Party (NPP) government 48 hours to reinstate the publicly declared hospitals President Akufo-Addo said he will build in the Region or else the next line of hard action will be taken.

A statement issued today 19th May 2020 and signed by the NDC Communication Officer for the Savannah Region Mr. Malik Basintale said the NDC in the region have taken notice of yet another denial of their share of the national cake from a very crucial sector such as the health sector even when President Akufo-Addo bamboozled the Region into believing they were part of the beneficiaries on the 26th April 2020 in his address to the nation.

He said the Region will not continue to be subjected to such hatred and insensitivity by President Akufo-Addo even after claiming “Our brother from Kyebi is better than our Bole-Bamboi brother”.

The NDC said President Akufo-Addo has soon forgotten the existence of the Savannah region adding “we will have to blow the trumpets of the region loud enough for a forceful recognition”.

Malik Basintale said while they are trying their possible best to console indigenes who have been left in great shock by the consistent attitude of President Akufo-Addo in denying the Region projects anytime it is being shared around on paper, they find this not surprising as the Savannah region have been put in a state of “Project freeze” since the inception of the Akufo-Addo led government on the 7th of January, 2017.

He said it is not surprising, that they consistently hear members of the NPP shouting on top of their voices their so-called achievement of creating the Savannah region yet cannot point out to a single project, job or empowerment they have created in the region to the benefit of the people that qualifies the territory as a region.

“The Savannah region has continuously been cheated, ignored and betrayed by the Akufo-Addo led government but this current deliberate denial of constructing district hospitals in our region and completing what had been started by your predecessor H.E John Mahama after facing the whole world to mention that we were included in the beneficiaries, is the highest level of a grand deception, fraud, disregard and gross disrespect to the Customs, Chiefs, and elders of our land”; Malik Basintale said.

The NDC Communication Officer said what is more worrying is the fact that, out of 16 regions making the nation Ghana, it is only the Savannah region that has been neglected, thrown out and dumped like a piece of tissue paper as 15 other regions have been properly represented on the allocation paper. “How could this be Mr. President? How could you be this insensitive to us?

Is it a crime to have an opposition flagbearer emanating from our region or it is simply a hidden agenda of disenfranchising our region in everything you do due to our natural love for President Mahama?” he noted.

“Why will you mention us in your address to the world, Use the Savannah region inclusive to seek a loan and later turn your back on us denying us just three(3) district hospitals we were promised”.

Malik Basintale in his statement said the John Mahama NDC Government in just the health sector alone provided for the Savannah region with more than 96 CHIPS compounds, district health facilities, health colleges some at various stages of completion among others and yet did not put a stop to projects that were yet to come as other regions were equally benefiting from his national cake. “What has changed Mr. Akufo-Addo? Why will you change your mind on just (3) three health facilities promised our region?” he asked.