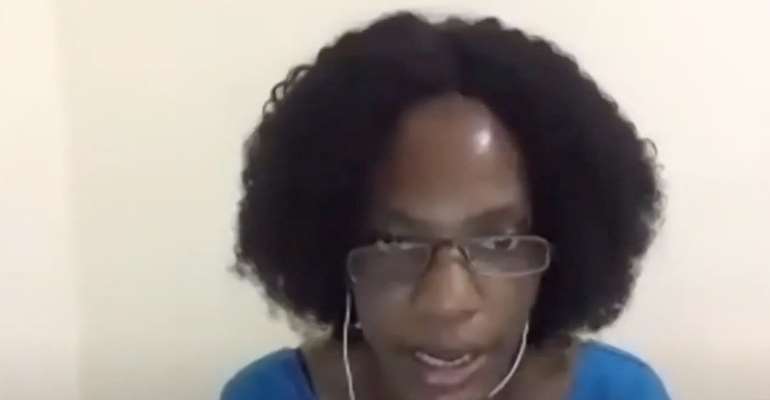 Though most of Ghana’s covid-19 cases have proven to be mild, a paediatrician at the Bolgatanga Regional Hospital was on the verge of giving up after developing one of the more severe cases of the virus in Ghana.

On March 29, 2020, Dr Gillian Bougee, the paediatrician in charge of the Neonatal Intensive Care Unit of the Bolgatanga Regional Hospital, came into contact with a patient who would later be confirmed to have the virus.

It took two days, on March 31, for some symptoms to manifest, she recounted on Citi TV‘s The Point of View.

Dr. Bougee’s experience was in contrast to one James, one of the infected persons who recovered and also spoke on the show.

“For me, the worst symptoms were headaches, bad fever, and fatigue,” which lasted for about nine or 10 days, he explained.

“I didn't have any breathing issues. That was my saving grace,” James added.

But for Dr. Bougee, her symptoms only escalated severely over a period of 10 days. On March 31, she “woke up with severe body pains” and was feeling feverish.

At a point, she said here temperature went as high as 40.4 degrees Celcius and her symptoms had increased with headaches joining.

Late in the afternoon of March 31, she had gone to the hospital to meet a patient when she was met with news the suspected case came out as positive.

“Not telling anybody where I was going, why I didn't come in to see the patient, I just drove home and that was my own quarantine started,” he said.

During her isolation, she received some support and advice from her bosses and even Dr. Ama Edwin, an Advisor to the National COVID-19 Response Team.

“[Dr. Ama Edwin] actually called me and then tried to tell me to stay positive and then to wait for the samples to be taken and she kept on encouraging me.”

Though her temperature had normalised because of the medication she had started and other treatments like steam inhalation, vitamin C and Zinc tablets, she was “very anxious waiting for the results.”

The results eventually came on March 10 and that point her condition had worsened, considerably, she recalled.

Her oxygen saturation level had dropped and her coughing had intensified.

“It was most probably because of the excessive cough. My cough was just too bad that I would cough for a very long time.”

All this while she said she had been receiving conflicting information and remarks that the fears of infection were just in her head.

Dr Bougee also said she had earlier got a call telling her test was negative “so this time around I became so confused.”

But on March 11, she got a call from Dr. Anthony Nsiah Asare, who informed her sample was going to be taken and that she was going to be airlifted to Accra and taken to the Korlebu Teaching Hospital for critical care.

She had been put on oxygen and was being treated for an upper respiratory tract infection.

Dr. Bougee also recalled that she was having panic attacks and was put on anti-depressants, as well as dealing with high blood pressure among others.

At the point her oxygen saturation levels were reducing amid treatment in the ICU, she noted that “what I decided to do was to write down so message for my family because this time I around I was slowly giving up.”

In the end, it took her one month and three days to join the over 1,700 persons who have fully recovered from the virus.

Dr. Bougee said her experience had moved her start some advocacy about the virus and its effects.

“I decided and told myself that if by God's grace I pull through, I think I would be an advocate to help in the stigmatisation of patients who had recovered from COVID and then to help in the advocacy.”