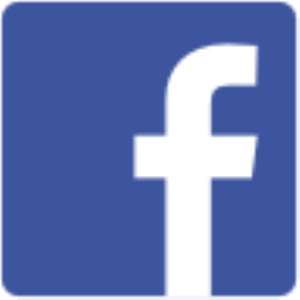 Some Muslims have asked the police to prosecute Nigerian Humanist, Mubarak Bala for making some posts on Facebook. They claim that his posts insulted the prophet of Islam. And for that reason, they want Mr. Bala penalized. Others are threatening to execute him. The police have arrested Mr. Bala and may soon charge him. In this piece, I argue that the police should unconditionally release Mr. Bala because what they said he did was not an offense against the state.

I am aware that some Muslims are unhappy with the posts, and would want Mr. Bala punished. But I do not think it is a sufficient reason to prosecute or threaten to kill him as some Muslims have proposed.

Muslims make offensive, annoying, and provoking posts and comments both online and offline, don’t they?

I am of the view that the said posts of Mr. Bala were within his right to freedom of expression and belief.

I submit that if the police, in an attempt to appease the petitioners, prosecute and convict Mr. Bala based on the said comments, they would be setting a legal precedent that would negatively reflect on the right to freedom of expression of all persons including Muslims. In fact, the legal precedent would later come to hunt, hurt, and hamper the rights of Muslims especially in parts of Nigeria where they are in the minority. Why do I say so?

First, let’s take a look at the said posts as contained in the petition and find out if something criminal exists therein. According to S S Umar who made the complaint, Mr. Bala has, on his Facebook page, called the prophet of Islam “denigrating names pedophile, terrorist”. Umar said that Bala made “other statements that will incite Muslims and provoke them to take laws into their hands, which may result in public disturbance and breach of the peace”. Umar later referred to a post where Mr. Bala compared Prophet T B Joshua and Prophet Muhammad of Saudi Arabia, and stated that the former was better because he was not a terrorist. In making their case for the arrest and prosecution of Mr. Bala, the petitioners noted that Bala’s posts crossed the line in terms of freedom of expression and should be seen as an offense against the state.

Now I understand that Muslims hold prophet Muhammad in high esteem and would not be happy if the prophet of Islam is described in irreverent terms. But these are personal positions and dispositions. I am also aware that some Muslims may be offended by comments that designate the prophet of Islam as a criminal or a villain. That is a fact. But my question is: is that enough reason to ask the police to investigate and punish Mr. Bala? Is that a justification for the numerous death threats that some Muslims have issued against Mr. Bala? In a religiously pluralistic setting such as Nigeria, statements or posts such as the ones attributed to Mr. Bala abound. Muslims make them. Christians make them. Atheists make them. Similar statements are found in the religious texts, in the Bible and the Quran. Clerics use such statements in the preaching and sermons. Against this backdrop, who determines which posts are respectful or disrespectful? Who decides which comments are insulting and not insulting, and to whom? Even if by some means these distinctions could be made, does making disrespectful and insulting comments warrant police arrests and prosecutions? Does making insulting posts justify death threats? I do not think so.

The police must try not to validate the sentiment of the petitioners that anybody who makes any adjudged insulting posts on Facebook is a criminal, and breaches public peace. Such a position has a wide range of implications for free expression of ideas and beliefs.

In a culturally pluralistic society such as Nigeria, Muslims should not expect everyone to speak, write, and comment about the prophet of Islam in a reverential and respectful manner. Both Islam and the prophet are objects on the table on inquiry and analysis. So both muslims and non muslims write and speak about them from different perspectives. Everybody is not a Muslim and not everybody believes in Islam and Muhammad as a prophet. Millions of Nigerians profess other religions and beliefs, and do not recognize the prophet of Islam. There are Muslims who may agree with Mr. Bala's statements but who may not publicly say so. Muslims should not expect all persons to talk about the prophet of Islam as if they are believers. Mubarak Bala is not a Muslim could not have commented about Muhammad as Muslims would do. He could not have represented the prophet of Islam in ways that all Muslims would appreciate and find acceptable. He made posts that reflected his belief and unbelief, his thoughts and outlook. Even if Mr. Bala were to be a Muslim he has the right to hold own view and express his thoughts about the prophet of Islam, Muhammad. Muslims who think that he was mistaken should engage him. They should make Facebook posts and comments to correct and educate him. Muslims should not ask that Bala be jailed. They should not use violence or death threats to respond to any adjudged 'denigrating' posts. That is not a peaceful and non-compulsive way to respond to offensive remarks. Is it? The use of violence and threatening violence against those who make posts and comments which some Muslims find disagreeable reinforce the notion that Islam is a violent religion

On their part, the police should not forget that if in their quest to appease the petitioners, they secure a judgment against Mubarak based on the said posts, they will set a legal precedent that could be used against Muslims particularly in parts of the country where Muslims are in the minority.

Muslims also make posts to express their faith. They post comments about prophets of other religions on Facebook and social media. Muslims make statements that describe non-believers and infidels in very disparaging terms. Muslim clerics try to convert traditionalists, Christians, and atheists in other parts of the country. In the process, they declare the nonexistence of other gods but Allah. Muslims make it clear that other gods are fake, false, and fetish, and that Allah is the only true and existing god. They openly declare that the prophets of other religions are inferior to Muhammad. As in the case of Mubarak Bala, persons of other religions could also petition and ask that the police to arrest and prosecute Muslims for expressing ideas and beliefs that are annoying and provoking.

If Muslims would not sanction the incarceration or execution of their clerics and scholars for 'insulting' the prophets of other religions, why do they sanction and endorse imprisonment and murder of those who make ‘insulting’ posts on Facebook as in the case of Mr. Bala? Like Muslim clerics and scholars who hold and express different views about prophets and gods of other religions, what Mr. Bala is said to have posted on his Facebook page is an exercise in the free expression of ideas and beliefs. It is not a crime. I agree that some Muslims find the posts offensive and annoying. But that does not make the action an offense against the state.

Prosecuting Mr. Bala for making the said post is a waste of judicial resources. That Muslims or persons of other religions are offended by posts made on Facebook does not entitle them to engage in public disturbance or in activities that will breach public peace. Muslims should learn the culture of nonviolent reactions to online and offline posts that insult the prophet of Islam. They should embrace the culture of free expression and civilized debate

The author has 297 publications published on Modern Ghana.

Voters’ ID: Nothing Wrong With Registering SHS Students In S...
17 minutes ago