Clampdown on abuse of NHS staff 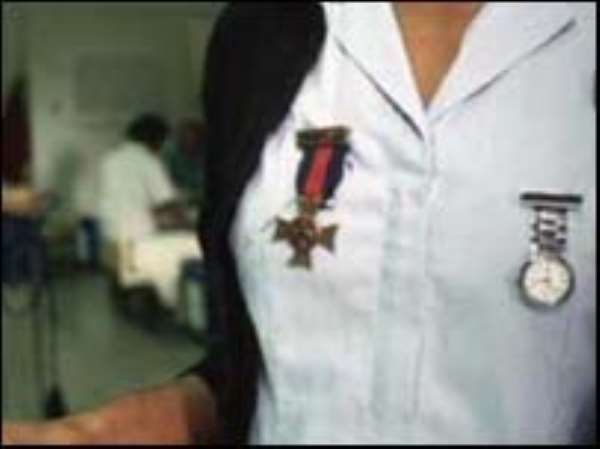 Anyone who abuses NHS staff could be fined £1,000 and thrown off the premises, the government has proposed.
Figures show 60,385 NHS staff were physically assaulted by patients and relatives of patients in 2005 - an assault for every 22 NHS staff.

Under the plans, people needing care would still be treated, but could face fines or criminal action later.

Health unions said no-one working in the NHS should face abuse or assault.

The new proposals have been developed by the NHS Security Management Service.

The most likely staff to be assaulted were those working in mental health and learning disability services, where one in every five experienced physical abuse - 43,097 incidents.

One in 23 ambulance staff and one in every Primary Care Trust staff were also the victims of assault.

In acute hospitals, one in every 68 staff was assaulted.

Health minister, Caroline Flint said: "It is completely unacceptable that NHS staff have to suffer abuse at the hands of those they are trying to help. NHS staff deserve respect not abuse.

"That is why we are sending a clear message to the small minority who are abusive, drunken or behave anti-socially on NHS premises that this will not be tolerated.

"We will be tough on offenders.

"Under our proposals, patients and relatives who verbally abuse or threaten NHS staff could face a fine of up to £1,000. We will also give the NHS the power to physically remove offenders from the premises.

"We aim to create a culture of respect towards NHS staff, and where needed, enforce it."

Jim Gee, managing director of the NHS Security Management Service, said: "Most people respect NHS staff and would never dream of attacking them but these proposals give the NHS powers to stop those who do.

A BMA spokesperson welcomed the government's "tough stance" on violence and verbal abuse against NHS staff.

"No-one working in a hospital or GP practice should have to put up with the threat of physical or verbal abuse.

"We're talking about people who go to work in order to try to alleviate pain and treat ill-health - the fact that they may expect to be punched, kicked or shouted at cannot be tolerated."

She said: "The police and Crown Prosecution Service have got to take this issue much more seriously and take positive steps to ensure that people who attack NHS staff are prosecuted.

"I am concerned about the large differences in the level of assaults in hospital trusts.

"I think there is a real opportunity for trusts to share experiences and learn from each other about they are dealing with this issue."

Unison also said it wanted health workers to be given the same legal protection as police officers, through the introduction of a new crime - assault on a public sector worker.