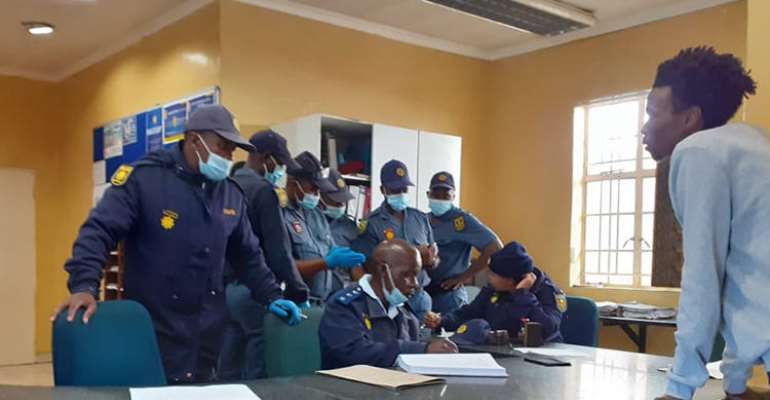 New York, May 18, 2020 -- Authorities in South Africa should conduct a swift investigation into the beating of journalist Paul Nthoba and drop all charges against him, the Committee to Protect Journalists said today.

On May 15, at least four police officers in Meqheleng, in Free State province, beat Nthoba, the owner and editor of the weekly Mohokare News local newspaper, who had photographed them while they were on patrol enforcing the area’s COVID-19 lockdown, according to news reports and the journalist, who spoke to CPJ via messaging app.

The officers later charged Nthoba with obstructing law enforcement under a COVID-19 regulation of the Disaster Management Act of 2002, he said. If convicted under that law, Nthoba could face a fine and up to six months in prison.

“Authorities must do the right thing and immediately drop the charge against Paul Nthoba, who was insulted and gratuitously assaulted by police for simply chronicling them at work,” said Angela Quintal, CPJ’s Africa program coordinator. “For the same officers to feel so emboldened that they could beat him again, this time in a police station in front of a senior officer when he sought to open an assault case, is beyond belief. Authorities must not let them get away with this violence and intimidation toward the press.”

Nthoba told CPJ that the incident began when he photographed police officers on patrol, and one of the officers insulted him and said an offensive slur about his mother. When Nthoba approached the officers, one slapped him across the face while three others punched and kicked him, saying he did not have permission to photograph them, Nthoba said.

Nthoba recorded audio of the altercation on his phone. In the recording , reviewed by CPJ, the journalist is heard shouting and asking why the officers are assaulting him. One of the police officers can be heard slapping Nthoba and demanding he hand over his phone, and asking whether he wants another beating.

Nthoba told CPJ that police grabbed his phone, but were unable to delete the photographs because it was password protected.

After the attack, Nthoba went to the Ficksburg police station to file a complaint against the officers, he said. The same officers arrived at the station while Nthoba was giving a statement, and they again tried to confiscate his phone, he said.

Officers detained Nthoba in the police station holding cell for four hours, released him after filing the charges against him, and returned his phone, he told CPJ. He is due to appear in court on August 27, he said.

Nthoba said the police officers initially refused to give him a J88 form to document his assault, but relented after a friend, a retired police officer, intervened. He was examined at a local hospital and was treated for trauma, bruises, and swelling in his face, mouth, and head, as well as internal injuries, he said. 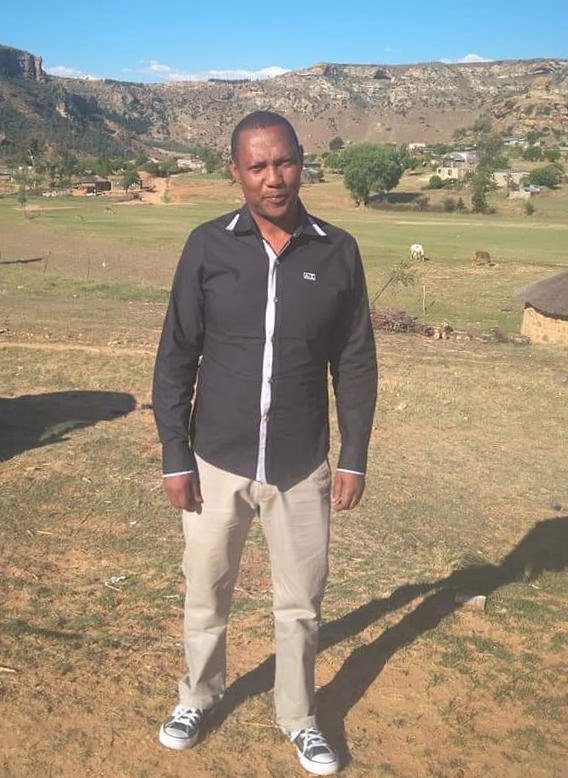 Nthoba said he has gone into hiding as he feared for his safety and was worried police would further harm him.

The journalist’s lawyer, Dan Thulo, told CPJ via messaging app that he planned to pursue a civil claim against the South Africa Police Service and national Police Minister Bheki Cele.

National police spokesperson Brigadier Vish Naidoo told CPJ via messaging app that the Police Service was waiting for a report from the Independent Police Investigative Directorate, a government watchdog, “before we consider saying or doing anything regarding this matter.”

Sontaga Seisa, the spokesperson for the Independent Police Investigative Directorate, confirmed via messaging app that the office had received a complaint against the Ficksburg police and had started investigating. He said the directorate had also been informed that police had pressed a charge against the journalist for failing to produce a COVID-19 work permit.

Nthoba told CPJ that the police docket said he was facing an obstruction charge and did not mention a work permit. He said he does possess that permit, but police never asked to see it.

Also on May 15, a Johannesburg high court criticized South Africa’s Defense Force and Police Service, as well as the accountable cabinet ministers, for their heavy-handedness in enforcing the country’s COVID-19 lockdown, according to news reports.