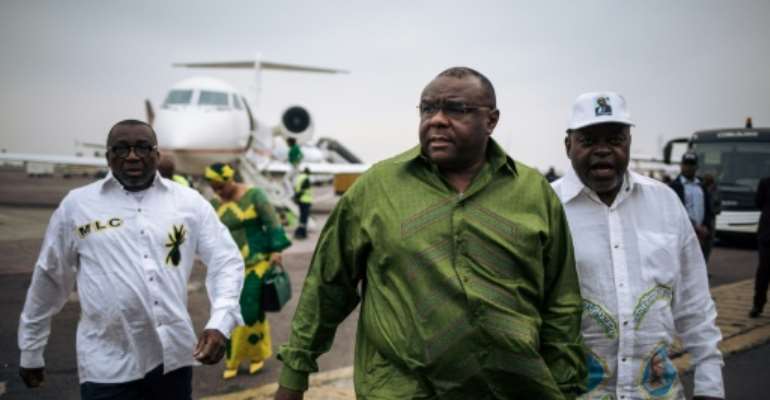 Bemba, shown arriving in Kinshasa after his acquittal, 'failed to establish that he had suffered a grave and manifest miscarriage of justice,' the ICC ruled. By ALEXIS HUGUET (AFP/File)

The International Criminal Court on Monday rejected a demand for compensation by former Congolese vice president Jean-Pierre Bemba, who was acquitted of war crimes and crimes against humanity after he spent a decade in the ICC prison.

The former warlord, now 57, had sought more than 68 million euros ($74 million) in compensation and damages, according to his lawyer.

The court had "mismanaged" Bemba's frozen assets, including seven airplanes and three villas in Portugal, which were "simply left to rot" during the time he was jailed in The Hague, the lawyer argued.

But the court ruled that Bemba had "failed to establish that he had suffered a grave and manifest miscarriage of justice," according to a press release.

Bemba was initially convicted for crimes committed by his private army in the Central African Republic including murders, rapes and looting between October 2002 and March 2003.

He was sentenced to 18 years at the ICC prison, but was acquitted on appeal in June 2018.

The court also sentenced Bemba to one year in prison for bribing witnesses in a case that thwarted his bid for the DR Congo presidency.