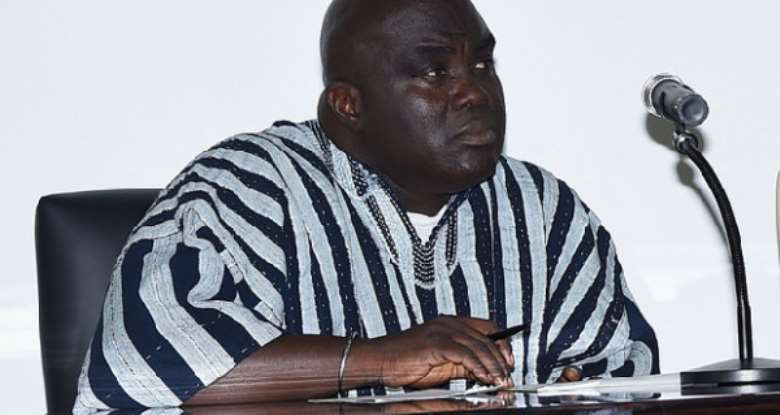 Some apparatchiks of the ruling New Patriotic Party (NPP) mentioned the politician and philanthropist, over the weekend, on various social media platforms, as one of the persons who had recovered from the virus – justifying why the number of COVID-19 recoveries had gone up miraculously.

This was after an aide to former President John Mahama, Joyce Bawa Mogtari had questioned how the recovery cases had increased.

However, Mr Debrah, who had been seen at various programmes organised by the former President’s office, wonders why some persons would mention him as been recovered from the virus.

“Kwame, this is not true,” the former Minister told Dwaboase host, Kwame Minkah in a private conversation on Monday.

He wished the infected persons would recover to help flatten the country’s curve and suggested Ghanaians stay away from stigmatization as far as the pandemic is concerned.

“It is not true that Julius Debrah is sick. He has never been sick within the period we had a case in the country,” he told Badwam host Omanhene Kwabena Asante on Adom TV.

“I have been meeting him every now and then and cannot come to terms with anyone saying he has been infected with COVID-19,” Mr Nketiah said in Akan.

More Headlines
ModernGhana Links
Anas wins ‘Foreign Journalist of The Year award’ in US
It's a ‘shameful’, ‘despicable’ act– Police arrests sex predator cop seen harassing woman in car
IGP cause arrest of police officer for allegedly harassing female victim
We say no to Bagbin's political charlatanism, partisan chicanery, parliamentary terrorism — Fixing The Country Ghana on 2022 budget rejection
Even if e-levy is reduced to 0.001% it would be rejected – ASEPA
Mahama hands over renovated boys dormitory block to Ghanasco
Majority MPs can't just get up and shout me out of Parliament, they have no right – Asiedu Nketiah
137 MPs can’t reject budget, 2022 Budget still stands — Majority fight back
Rejection of 2022 budget is victory for Ghana – Sam George
TOP STORIES