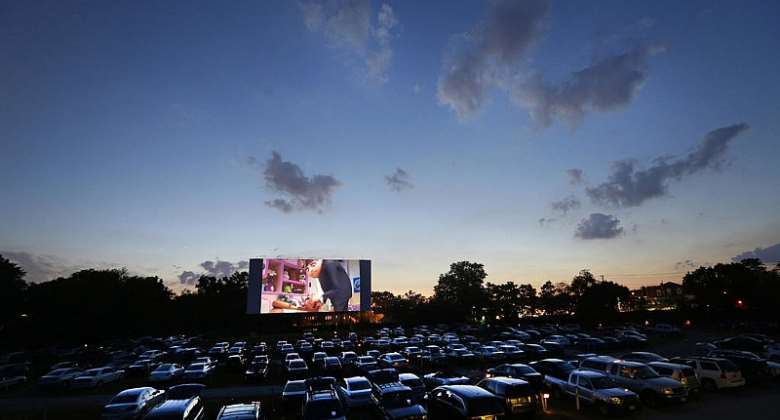 While public venues are still closed in France until July at least due to the Covid-19 pandemic, the Drive-in Festival kicked off on Saturday in Bordeaux for ten days.

However, this initiative upset the Federation of French Cinemas, which considers that the priority after lifting lockdown is reopening cinemas

"We just want to make a cultural offer during the lifting lockdown, not to create a commercial offer," one of the Drive-in Festival organisers, Mathieu Robinet, former managing director of Bacs films, told French news agency AFP.

The program is varied: the Oscar-winning Parasite or the French comedy Le Grand Bain.

According to Matthieu Robinet, "the Drive-In Festival has no commercial potential" because it is only possible thanks to the 35 volunteers of the Drive-in Festival organisation, whose concept is meant to be "ephemeral".

The festival will finish as soon as the cinemas reopen, adds Robinet.

Cannes film festival
Cannes also announced the installation of a drive-in on a car park facing the sea at 9.30 pm, from 20 May to 24 May, with two previews: La Daronne, a comedy by Jean-Paul Salomé with Isabelle Huppert and Singing Club by Peter Cattaneo with Kristin Scott Thomas.

The screenings will be organised by Cannes mayor David Lisnard and three cinemas in the city with the support of Thierry Frémaux, one of the Cannes Film Festival's co-organiser.

Federation upset
But the Federation of French cinemas (FNCF) "deeply regrets the media and economic damage that will be caused by these demonstrations, which divert spectators, the media and the local and national administration from the only battle to be fought: the reopening of cinemas," it said in a statement targeting both drive-ins and classic outdoor film screenings.

In addition to the issue of drive-ins, the film federation is calling for a ban by the Centre National du Cinéma (CNC) of all traditional outdoor screenings.

It says that it is impossible to guarantee the rules of physical distance during such an event.

Drive-ins worldwide
In the United States, some drive-ins - there are 300 in total - have been sold out since the country was confined.

The same applies to Germany which has two drive-ins and South Korea, where they have been filling up since the beginning of March.