A Time Bomb, Waiting To Explode 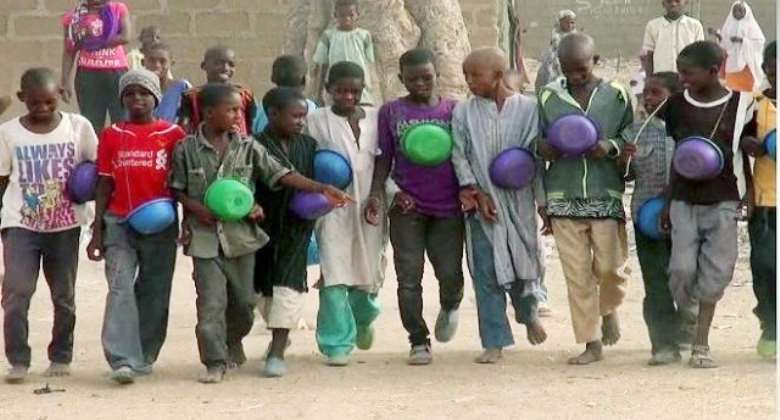 The interstate deportation of Nigerians which has taken place in the country in recent times is a very disturbing development. It definitely calls for government intervention. And through the Nigeria Governors’ Forum, state governments can rise to the challenge.

Some eminent Nigerians have blamed northern governors for the development because they failed to properly address the plight of Almajiri children in their states. It isn’t just because of the coronavirus that has gripped the world. This thing has been going on in a long while. I remember writing in defence of Peter Obi, the Peoples’ Democratic Party vice presidential candidate during the 2019 elections in Nigeria, when he was accused of deporting some Nigerians from Anambra State during his years as governor. So, this deportation of Nigerians from their own country has actually been going on.

A few years ago, the former Emir of Kano, Sanusi Lamido Sanusi II addressed the issue of northern Nigerian men who married many wives and had scores of children when their monthly income could not sustain such large families. Children from these disadvantaged backgrounds were usually not in school. They are not skilled in any form and therefore they cannot be gainfully employed in their states of origin. They are left to walk the streets, begging for alms. Begging for alms on the streets becomes their occupation, as it were.

In some cases, these children are associated with Islamic religious organizations. From these organizations, they go begging on the streets. Whatever they realize at the end of the day, they return to the Mallam, the teacher under whose care they are. And that is how they live out their lives, begging for money for food, having no hope of looking forward to a brighter and more meaningful future. These are Nigerian children in this twenty-first century!

At some point, it became complimentary to transport them to neighbouring states and to dump them there to continue with their begging career. And then they are found out. They are deported back to their states of origin because there was no agreement between the governors as to dumping these young people in other states than their own. Even the psychological trauma they pass through as they are thrown from state to state can only be imagined.

The very idea that a Nigerian citizen, his age notwithstanding, can be deported from one state to another in his own country, even when he has not proved to be a criminal, flies in the face of whatever it is that the Igbo stand for, who have continued to be at the forefront of the agitation against a fake ‘One Nigeria’.

The Igbo have consistently maintained that anyone who is legitimately entitled to own the Nigerian passport is a Nigerian citizen and must be seen and regarded as such, no matter where he lives. Therefore, it would run counter to the spirit of the Nigerian constitution for anyone to tell such a citizen that he is a foreigner in his own country. Such a citizen must have the right to live, work and help develop any village, town or city in Nigeria where he feels comfortable to live in.

But these things cannot happen when Nigerian children and young adults are being deported from state to state in the country. If Nigeria is truly a united country, such developments should not happen under any circumstances. Northern youths who migrate to the south in search of greener pasture should be given the opportunity to better their lives by the governors of the states they choose to live in. But such movements would have to be properly organized by the concerned governors.

It has indeed become necessary to view these developments with the seriousness they deserve. In the first place, there is a need for northern governors to adopt a system that would put a ceiling on the number of children any man would need to have as a citizen of the state. It could be four. It could be six, but not more than that. This will definitely conflict with the desire to groom a large population that can win votes for the state or increase the census number in the state. But when considered against the backdrop of the inability of parents to adequately provide for these children as they grow up, and the consequences of letting them loose on the streets, the governors should be able to choose which of the two evils is lesser. They should be able to take a decision accordingly that will work towards putting a halt to what we are now experiencing with interstate deportation of young Nigerian citizens.

In the second place, it appears that southern Nigerians have a deep-rooted but misplaced suspicion of northern youths coming to live and work in the south. They seem to have this idea that they come as spies and that at some point, when they must have studied the territory proper, they would open up to their northern mates when the time is ripe to war against those they call infidels as they dip the Koran in the Sea. They seem convinced that there is an Islamic agenda, a jihad to Islamize the entire country which must be nipped in the bud.

But I see this line of crippled argument as naïve and irreconcilable. The north itself cannot be totally islamized in the first place. And that is the truth. There are so many northern Christians who would rather die than betray their faith. A recent example was Leah Sharibu who refused to convert to Islamism and has remained in the captivity of Boko Haram in the last two years and four months. And there are many more like her. So, if it is not possible to Islamize all of the north, how can the entire country then be Islamized?

The point is that these northern youths are always being driven away from home to find money for feeding and northern governors have not yet seen a need for birth control measures to be put in place to check arbitrary birth of children by those whose income cannot support large families. The men capitalize on the fact that their religion allows them to marry as many as four wives. And they do, regardless of whether or not they have the resources to maintain such large families. These young people hit the streets at a very tender age and become street wise in an attempt to survive in the absence of parental care. With no training, no skills and no education, they resort to begging and subsequently drift into crime. And that is where the problem starts from.

Some of them who are able to save up some money to buy phones then contact their friends who are already in the south and drift after them to the south in search of greener pasture. In the south, they work as house helps, gardeners, security men, shoe menders, pedicurists, manicurists, watch repairers and so on. Simple jobs that confirm they are not skilled in any serious way. But one fact here is that they present the south with cheap labour. So, while they are gainfully employed in the south, and they are happier staying in the south than in the north with parents who never cared about their welfare, they should by all means be encouraged to work in the south. Their comparatively cheap labour will help to maintain the standards in the south.

Through the Nigeria Governors’ Forum, northern governors must discuss these issues with their southern counterparts so that it becomes official. In fact, a parastatal can be set up to absorb the Almajiri youths coming from the north as non-skilled manpower. In such a way, their whereabouts can be accounted for and they will be constantly monitored for good behaviour. This issue of monitoring is important in the interest of the safety of employers and their family members.

I remember once hiring a northern youth as security officer in my country home. I thought I could trust him. And one day, I asked him to cash a cheque of N100, 000 for me. It was for the payment of workers who were doing my garden house. He cashed the money and absconded with it. It’s about eight years now. I did not do anything about it. I believed it was not because he was from the north. It was because he was a bad boy. He could have come from any other state, including the Igbo states. But it opened my eyes to the necessity of documenting who comes in to work, and to ensure that they are well behaved.

In fact, in my town today, everybody who is not an indigene, for example, has his entire dossier in the custody of the Royal Father of the Community. Every single person who is not from my town but is resident and works there has his file with the Royal Father. And that file has all the documentations that can trace anyone to any part of the country. And many rural communities have such arrangements in place. By the same token, every local community where northern youths are engaged to work in the south should keep similar documentation. But they must be allowed to work. It will send a wrong signal if the Nigeria Governors Forum is unable to tackle this problem head-on. As someone has already suggested, it is a time bomb, waiting to explode.