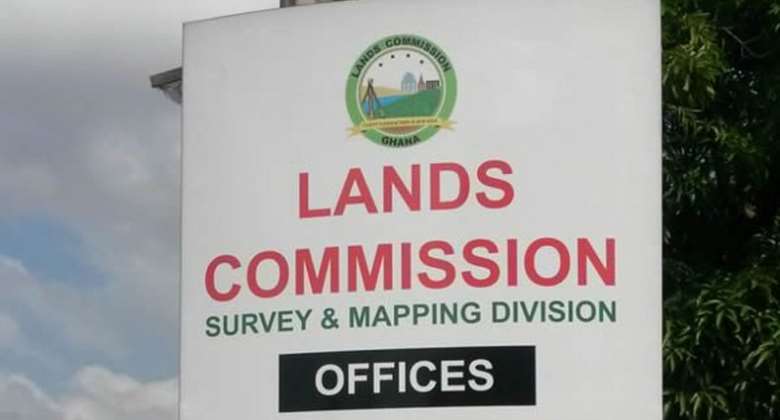 There is increasing tension at Lands Commission as the workers agitate for the removal of the Commission's Executive Secretary, Mr. Suleimana Dawuda Mahama.

The workers claim that Mr. Dawuda Mahama whose two-year contract with the Commission expires this August is allegedly lobbying some power brokers in government for another two years extension on his contract and this is apparently fueling the agitation and the uneasy calm within the rank and file of the workers.

They said, Mr. Dawuda Mahama after retiring from work at the Ministry of Land and Natural Resource(MLNR) was offered a new job by President Akufo Addo for a two-year contract as the Executive Secretary of Land Commission and therefore given his age and everything they believe that at the end of his contract he should gracefully bow out for a younger and equally experienced hand to take over.

They also indicated that the complexity and the convoluted land issues in Ghana especially in Greater Accra obviously requires an energetic and equally experienced hand and certainly not a retiree who is nearly 70 years old.

“In fact so much was expected of our Executive Secretary when he was given the mandate because of the nature of disputes and litigations over land ownership amongst other things but it's clear that nothing much has changed,” they said.

“The idea of politicians giving retirees contract extensions to head agencies of State must stop because it's a big blow and disincentive for long-serving staff at some of these State institutions who work so diligently and wait to be promoted to those positions for long term service only to be disappointed in the end. To the point where we are now even importing retirees from outside and giving them contract is even more absurd,” they added.

Meanwhile, the Lands Commission has been accused of land stealing and document forgery.

According to reports, a syndicate operating from the Lands Commission is working with Nigerian criminal gangs and the Ghana Police Service to steal land and forge documents belonging to chiefs, genuine landowners and property developers.

The syndicate has been accused of orchestrating thousands of land disputes which have ended up as cases in court.