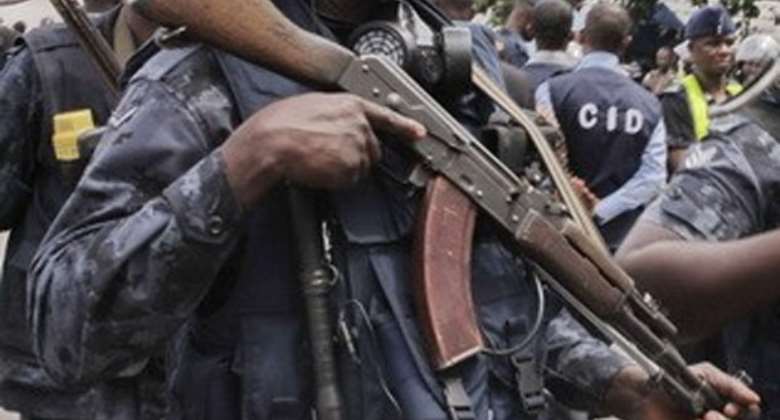 A fierce gun battle between police officers and three suspected armed robbers who are believed to have polished their craft in car-snatching has led to the death of two robbers and the injury of another at Dansoman in Accra.

The injured suspect has been identified as Kwame Yeboah, while the two deceased robbers are yet to be identified, according to the Accra Regional Police Command.

The police said the three suspects were part of a car-snatching syndicate that had been attacking taxi drivers within the Accra metropolis.

The Commander said on May 8, 2020 at about 2:00 am, the police received information that a white Kia Morning vehicle with registration number GE 2269-20 had been snatched from the owner at gunpoint at Ablekuma Bokorbokor.

He said the suspected armed robbers hired the services of the driver from Baah Yard to Ablekumah CP area and on the way, the suspects attacked and snatched the car from the driver at gunpoint and fled with the car.

He said there was a pursuit leading to exchange of gun fire and in the process, one of the suspects, who was identified as Kwame Yeboah, sustained gunshot wounds on the right leg, but two of the suspects managed to escape.

“Intelligence gathered later led police to Dansoman Exhibition, where the two suspects were said to be hiding, but upon seeing the police, they engaged them in a shootout and in the process they were shot and wounded,” he narrated.

DCOP Anim said the wounded suspects were rushed to the Police Hospital for treatment but were pronounced dead shortly after arrival.

According to the Commander, eight stolen cars, including two Toyota Corolla, two Toyota Yaris, a Daewoo Matrix, two Kia Morning, and a Kia Picanto, have been retrieved by the police from the suspected armed robbers.

“We are appealing to victims of such crimes to come to the Accra Regional Headquarters to identify their stolen vehicles for collection,” he added.