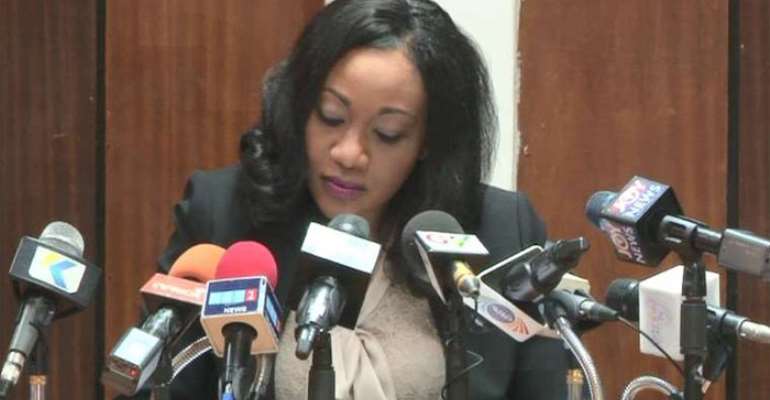 If rigging had been possible in post-Afari Gyan's Electoral Commission (EC), former President John Dramani Mahama would not have been ousted through the ballot box.

The margin of defeat inflicted upon him was so wide that it provided sufficient proof that rigging in today's Ghana is not only impossible, it also has long been confined to the dark chapters of election thievery in the country.

The many IT-driven innovations, some of them now available under the new EC, have provided for Ghana as never before an outstanding impetus for free and fair elections.

The failure of the assortment of manoeuvres including the refusal to change the flawed voters' register with its over 500,000 ghost names to alter the people's verdict in the Charlotte Osei-headed EC was ample evidence that election rigging in Ghana can no longer be a feature of polls.

Only the mischief-minded or the imbecile would think otherwise. It is just impossible and those who accuse the EC of seeking to do so are doing so for want of a campaign message as we inch towards the December 7 polls.

Were it possible to rig the elections which threw John Mahama out of office, Charlotte would gleefully do it. Indeed, it was only when the polls were over that she discovered the unfeasibility of the venture.

How can the EC connive with the National Identification Authority (NIA) and government on the other hand to rig elections? Blimey! That is outright rubbish which should not be given oxygen as far as adults are concerned.

We recall Charlotte's whining remark, when upon discovering that she could simply not alter anything because it was impossible to do so, “our system has been hacked into.” Perhaps what she should have said was “oh my Gosh it is impossible to do it poor me.”

EC Chairperson Ms. Jean Mensa has a reputation to protect. Considering her international stature following her unquantifiable contributions towards the shaping of democracy in the country, engaging in the impossibility of election rigging should be the last project she would want to be associated with.

The contributions of one of Ghana's foremost think-tanks, Institute of Economic Affairs (IEA), of which she was Executive Director, are immense and have defined the quality of democracy prevalent in the country today.

The Ghana Political Parties' Programme sponsored by the Dutch and the Presidential Debate Series, pets of the IEA under her direction, are etched in the political annals of Ghana. Ms. Jean Mensa wants to relish the pride which comes with accomplishing a national assignment without blemish.

Come on! The NDC should stop the distress call about an imaginary rigging agenda.

Let them rather get their house in order, organize their supporters to go and register when the time is due, and stop the noisy complaints. There shall be elections hinged upon a new voters' roll.

It would be hypocritical for Ghanaians to go to the polls with a register riddled with numerous anomalies.