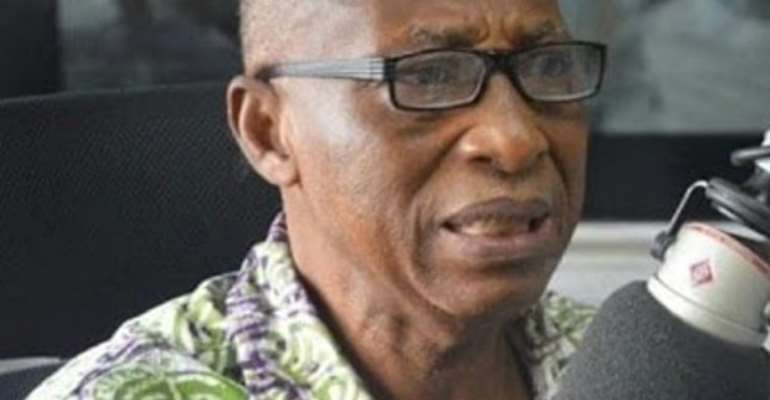 A group calling itself the Northern Youth for Nana Akufo-Addo (NOYONAA) has condemned the recent comments by Major (Rtd) Kojo Boakye-Gyan, a leading member of the National Democratic Congress (NDC) describing it as unfortunate and unguided.

NOYONAA however expressed disappointment that the NDC was silent in condemning the said comments, saying, this doesn’t come to them as a surprise since the party is noted for violence.

Major Boakye-Djan in his comments on OKAY FM on Tuesday May, 12, 2020, said that the dismissal of Madam Charlotte Osei, the former Chairperson of the Electoral Commission (EC) was politically motivated by the current administration.

He also mentioned that the New Patriotic Party (NPP) dismissed Madam Osei to brighten up their chances of winning elections.

The retired Major also said, what the current EC is doing presently, could drive the country into a civil war.

"In the post-independence Africa, all crises and civil wars have been on the back of disputed electoral results".

But NOYONAA in a statement signed by its National Coordinator, Mr Abdul Rauf Napari and copied to the Media at the weekend said: "We are in an election year and such comments if allowed have the potential of destroying the peace and democratic credentials Ghana has jealously built over the years."

The statement added, "it was a common knowledge that the NDC as a party lacks a message for Ghanaians and therefore, preparing themselves with all diabolic and Machiavellian tactics to secure electoral victory in the upcoming elections."

It emphasised that the NDC has the penchant of using propaganda instead of data and facts to make their point and that these comments made by Maj. Boakye-Gyan endorsed by his party and his flagbearer by extension was a classic example.

"To set the records straight, the current NPP government under the leadership of President Nana Addo Dankwa Akufo-Addo won the 2016 general elections genuinely without any underhand dealings and by the grace of Almighty Allah will do same come December 7, 2020," it stressed.

It continued, "The NPP won the 2016 elections because the party had a message and proved to Ghanaians their competence in managing not only the economy but also all other spheres of government".

The statement added, "while the NPP was busily campaigning and explaining their policies to Ghanaians, the candidate of the NDC was busily dancing the famous “yen’ti obiaa” a song by Dady Lumba and “Mahama paper” by Shatta Wale a popular musician in Ghana."

The statement further states that the incompetence of the NDC in managing the country's economy took Ghana to the International Monetary Fund (IMF) which brought a lot of hardship onto the ordinary Ghanaian.

It further referred to the former regime ban on public sector recruitment and many other conditionalities by the IMF and the cancellation of Nurses and Teacher trainees allowances as the incompetence that led to the NDC electoral defeat, adding, "this is still fresh on the minds of Ghanaians who are not people with short memories”.

The NOYONAA reminded Maj. Boakye-Gyan of what former President John Dramani Mahama emphatically said on November 18, 2016, that the EC cannot rig elections, quoting, “Ghana’s electoral system is one of the best in the world because it has inherent instruments for guaranteeing its integrity.”

It said: "With the above comments, NOYONAA wishes to ask Maj. Boakye-Gyan and his cohorts of what have changed? The record of President Nana Akufo-Addo and Vice President Mahamudu Bawumia led administration is unmatched and does not need any help to win the upcoming elections. The NPP government have built a strong economy with which for the first time in our history as a nation, the government have absorbed in full the cost of water supply to Ghanaians and lifeline consumers of electricity as well as a 50 per cent for all other consumers as a means to support Ghanaians in this era of COVID-19."

The statement noted, "this tariff absorption is not by chance or luck but as a result of competent economic management. The Free Senior High School, the restoration of Teachers and Nurses Allowance, One Village-One Dam, the Nation Builders Corps and more.

The statement concluded that: "We the NOYONAA wish to call on the National Peace Council, the Clergy, the media and all other well-meaning Ghanaians to call Maj. Boakye-Gyan and the NDC to order before they plunge our beloved country into chaos."