Construction Of The Tema Motorway Roundabout Expansion: Point Of Correction 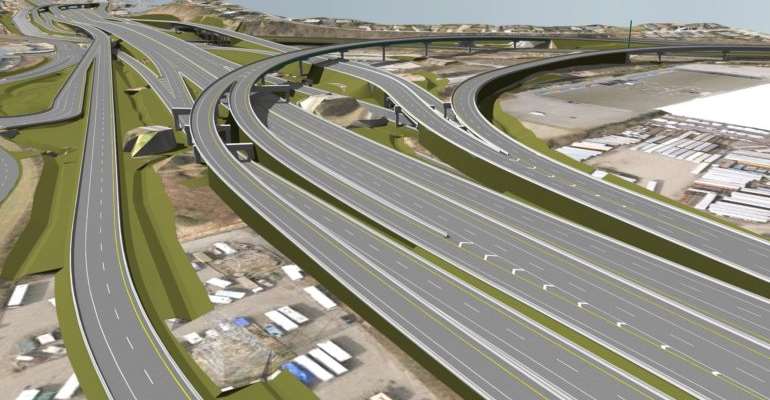 Rumour has it that members of the opposition is claiming to have been the forebearers of the idea of constructing the expansion of the Tema motorway roundabout which will ease traffic in areas around the Tema port.

It must be stated categorically that the idea of this expansion was a causative factor of the Tema Port expansion done by Meridian Port Services (MPS). The expansion of the port necessitated the expansion of the road since it was going to cause traffic and congestion of cargoes in the area.

At the initial sod-cutting ceremony by the Former Roads minister Hon. Inusah Fuseini, he admitted that the Ghana government was going to support MPS by securing a loan facility of $600m from the World Bank Group. This was a highly bloated budget as was expressed by the then opposition NPP.

Because of the dubious nature of the intended project expenses, they were denied the loan and not even a dime came from the World Bank.

The NPP after assumption of power still saw the need to do the project and thus arranged for a $56m loan from JICA of Japan which saw the project begin in 2018. The questions we keep asking are many but the point and the facts of the matter is that NDC has no footprints on the Tema Motorway roundabout expansion project.

His Excellency Nana Addo Dankwa Akufo-Addo has stayed true to his promise to get the project completed and now it is opened to traffic.

Instead of the NDC trying to claim credit for the project, they should rather be reflecting on why a project under John Mahama in 2016 was arranged to cost 600 million dollar when it could cost 56 million dollars under Akufo-Addo in 2018.

This is a clear indication of who has come to lead his people into prosperity and who was here to create, loot, and share the goodies of the land.

If there is anything left for Mahama to do, it is to refurbish a house in his hometown and go and start some farms to benefit his local community. He has done more harm than good and it should well end here.

The government and the NPP will stay in focus to make the country great again.

FOUR MORE FOR NANA IS A VOTE FOR FIDELITY AND ASSURANCE THAT ALL THINGS WILL END WELL.