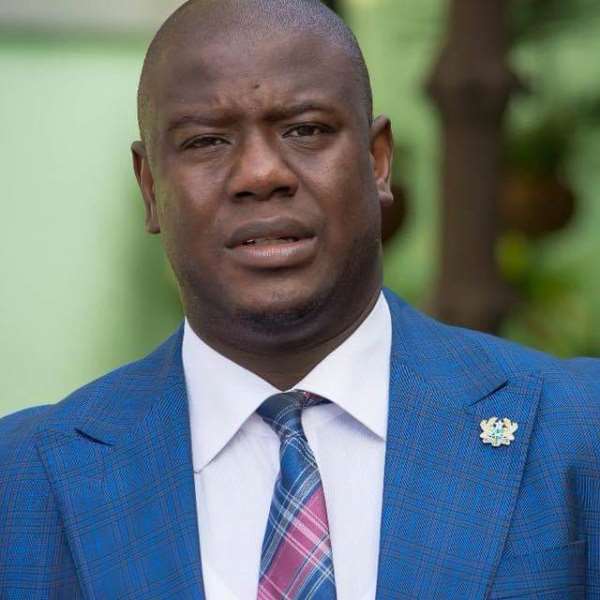 One of Ghana's leading online portals, GhanaWeb has mounted pressure on Farouk Aliu Mahama, an NPP parliamentary aspirant in Yendi to retract a false claim he has made against the portal in an apparent attempt to damage the integrity and reputation of his political opponent, Hajia Abibata Shanni Mahama Zakariah.

A statement issued by the Editor of GhanaWeb gave Farouk Aliu Mahama a 24-hour ultimatum to retract the false and malicious statement put out in social media and also render an unqualified apology to the company [GhanaWeb].

The portal also distanced itself from Farouk Aliu Mahama's false allegation against Hajia Abibata and one Edmond Gyebi, a Journalist; and described those allegations as "a figment of Farouk’s own imagination".

It would be recalled that, Farouk Aliu Mahama in a despairing attempt to tarnish the image of Hajia Abibata and also create disaffection between her and the Northern Regional Executives of the NPP, roguishly lied against GhanaWeb and their reporter for allegedly disclosing how Hajia Abibata and Edmond Gyebi had bribed GhanaWeb to publish a story to expose Farouk Aliu Mahama’s false donation claim of 1000 bags of sugar.

“These revelations got blown out after a journalist at one of the country’s leading online tabloids rejected the offer of Hajia Abibata and her minions to publish a falsified story to maliciously attack the reputation of the regional chairman for any declared amount of money. The journalist who has an abiding faith and fidelity to the ethics of the inky fraternity turned down the offer and went public with the said botched hatchet job. The said Journalist at Ghanaweb called her very victims to ascertain the veracity of the item and it dawned on her that the pressure to cause publication of the false story is nothing but a spirited ferocious destructive agenda by an internal party member in the person of Hajia Abibata and her army of supporters. She maintained that she cannot be rented as a media mercenary to launch a smear crusade against a venerable man. The pained journalist forwarded live WhatsApp chats of the deal to her ‘victims’.”

However, the GhanaWeb editors insisted that they had never disclosed any such information about Hajia Abibata to Farouk Aliu Mahama and therefore warned him not to draw the most cherished news portal into his political mischief.

Meanwhile, the supposed 1000 bags of sugar alleged to have been donated by Farouk Aliu Mahama can still not be verified or traced, even though the NPP Regional Executives had unjustifiably issued out a letter of appreciation way back May 1, 2020.

RE: GhanaWeb Distances Itself From Farouk Mahama’s False Claims

GhanaWeb’s attention has been drawn to a statement released by NPP parliamentary aspirant, Farouk Aliu Mahama, alleging that a journalist of the most popular portal was offered a bribe to publish a story to tarnish his image.

The malicious statement which is circulating on social media claims the journalist refused to publish the story and "exposed" his opponent, Hajia Abibata and the writer of the story to him.

This allegation is a figment of Farouk Aliu Mahama's imagination as no such thing happened and he has apologized to that effect but yet to release a statement in that regard.

Indeed, the GhanaWeb journalist called him to verify a report over an alleged false donation claim.

He denied the report and presented a letter of appreciation from the NPP Secretariat to back his claim of donation.

His interaction with the GhanaWeb journalist ended there. The journalist did not disclose the source of the report, purported chats nor an alleged attempted bribery by his opponent to publish the report.

GhanaWeb demands an immediate retraction of the statement by Farouk Aliu Mahama and an unqualified apology in the next 24 hours or face subsequent actions.