Re: A Humble Letter To The President Of Ghana, Pulima Chieftaincy Case Demands A Fair Hearing 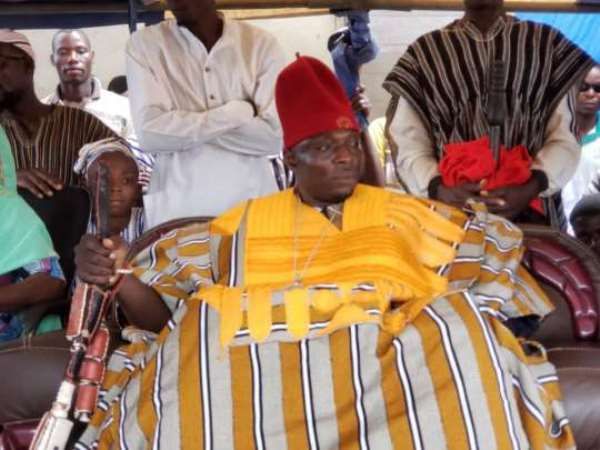 I present this rejoinder in connection with the publication made on modernghana.com on the 12th​ day of May, 2020, titled: A​ Humble Letter to the President of Ghana, Pulima Chieftaincy Case Demands a Fair Hearing​ by Sinto B. Abdulai.

I saw several misrepresentations in his write-up and moved to make some comments/corrections. Mr Abdulai has, in a counter-reply, challenged me and sought to further confuse and mislead the respected reader. It is in the light of this that I felt the need to comprehensively respond to Mr Abdulai's publications on your wider readership platform (modernghana.com).

I will, before proceeding, enter a caveat as follows: my intention here is not to seek redress of any sort on a chieftaincy matter that has been settled in the Courts. My concern has been to draw attention to mischief-making. Those who respect law and order, also respect the verdicts of the Courts. They appeal the decisions they don't like. What they will however never do is impugn the character of the judge or continue to behave as if there has been no judgment. The chieftiancy case of Pulima was decided at the Regional House of Chiefs and the Chebe family (Mr Abdulai's family) lost to the Gbanha family. They appealed to the the National House Chiefs and lost again to the Gbanha Family.

A law and order family would have respected these decisions. The Chebe family instead chose to act as if there had been no judgements. They are, in my opinion, now acting outside the law, and doing everything outside the law to frustrate the legitimately enskinned chief (Kuoru Osman Deiwia Nankpa III) from working to rebuild a community that has suffered a leadership setback for over twenty (20) years. These actions by the Chebe family are holding the Pulima community and the entire Pulima Traditional Council to ransom.

Now my response to Mr Abdulai’s original write-up and his counter-reply to my initial comments;

In conclusion, I will say as follows. You have shown some potential. If you humble yourself sufficiently to respect your elders, learn from them and to conduct your own research before writing, you will come good in the future.