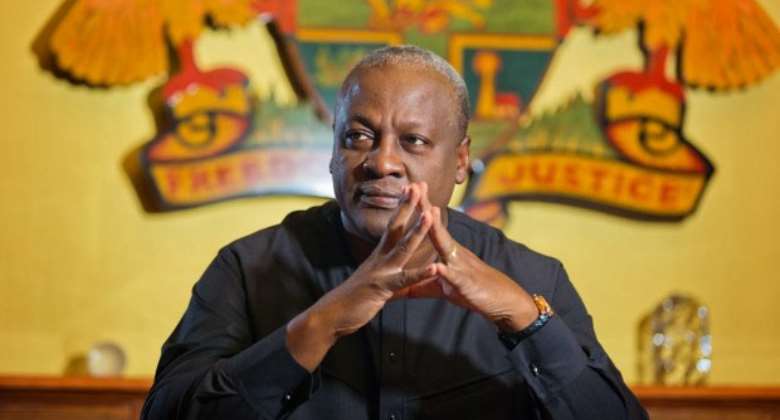 I disagree with anyone who says that Ghanaians should not rejoice over the massive infrastructure development currently going on in Ghana by the Mahama Administration. Those whose loved ones died when they were rushed to hospitals and were turned away because there were no beds, I’m sure will be happy when more hospitals are built and more beds are added.

I want to share my experience in 2006; I missed the euphoria of the World Cup in Germany. My father was diagnosed of prostate cancer and his condition was hopelessly serious. He lost a lot of blood daily, and this required transfusion of blood most often. One day his condition became very bad and I rushed him to the Emergency Ward of the Korlebu Teaching Hospital only to be turned away because there were no beds. Life was draining out of him, and with his eyes almost shut, he whispered to me, “Kofi, I’m dying.” I was very much distressed; I pleaded for him to be admitted but the nurses told me they can’t do anything about the situation.

In the course of pleading, one of the patients who has been refused admission passed away, and I realised how critical and bleak the situation had become. I stopped pleading and rushed him to the Nyaho Clinic, the only private clinic in Accra that could handle such illness at the time. Even though I was not in a position to afford such a facility for the elite class, the management of the clinic was magnanimous enough to take whatever money I had on me and started treatment while I went looking for more money.

By the grace of God, my father survived and he is still alive. So, for people like me, building more public hospitals by the government would forever be appreciated. And I’m not alone in my belief that infrastructure is one of the most essential things a country needs.

In line with this, President John Dramani Mahama is on the cusps of leaving indelible prints in the sands of time, he is on the threshold of breaking Nkrumah’s record on infrastructure development in Ghana. And I will prove it as captured by the “Accounting to the People” book, and more.

Significant progress has been made in the area of education since the coming into office of the Mahama Administration. And access to education at all levels has increased considerably.

The ongoing construction of 123 Community Day Senior High Schools across the country will provide space for the admission of about 400,000 additional students who would have been out of school.

In the Health Sector, Mahama’s Government has pumped billions of Ghana Cedis into the provision of modern hospitals and the upgrading of facilities for speedy and quality healthcare delivery. There are currently numerous major hospital projects under construction, which when completed will deliver about 6,000 new hospital beds to facilitate access to improve healthcare.

Over US$1 billion worth of investment has been made in the last five years. 77.5 million gallons of water per day by the end of 2016 would be achieved. This will give water to about 7 million Ghanaians.

Dumsor was experienced because governments in the past years managed energy crisis without looking at the issue of increasing generation capacity. President Mahama’s Government as promised has fixed the problem by increasing generation capacity which will prevent major energy crisis in this country for many years to come. As I write, 1025MW of power has been added to the National Grid. They are as follows:

Aside from this feat, electricity supply has been extended to 2,861 communities in the last three years under the Energy for All Programme.

Ghana has a total motorable road network of 71,063, and one of the key planks of President Mahama’s transformational agenda is to expand and modernise the road network to open up the country in order to reduce traffic accidents and congestion, boost economic activities and move goods and services freely.

Unparalleled investments have been made in road projects across the country in the last few years. The five-year, GHC3 billion Cocoa Roads Improvement Programme (CRIP) has commenced with ongoing construction of many roads in cocoa-growing areas.

President Mahama since assuming office as president has intensified efforts towards positioning the country’s security agencies to adequately respond to contemporary security challenges. This has been done through the biggest retooling of the security agencies in recent Ghanaian history.

Police numerical strength has improved from 23,204 in 2012 to 32,117 in 2014, resulting in a current Police-Population Ratio (PPR) of 1:724 as against 1:1,000 in 2010. This has brought Ghana closer to the UN benchmark of 1:500 (PPR). This has led to an increase in Police visibility and accessibility which is key in crime detection, prevention and control. Available statistics show that the crime rate had dropped by 5,000 between 2013 and 2014. A total of 1,424 vehicles have been procured for the Ghana Police by Government in the last five years.

Ghana Armed Forces: The Army, Navy and Air force have all benefitted from a comprehensive retooling programme. This includes modern aircraft and military equipment. Besides, the Government is finalising arrangements to procure additional modern ships for the Navy.

Ghana Immigration Service (GIS): The operations of the Border Patrol Unit (BPU) of GIS have been enhanced by the installation of border surveillance systems at 15 out of 17 strategically selected border control points throughout the country. Also, an e-Immigration project is being implemented to enhance the work of the GIS to reduce processing time for persons travelling through our ports of entry. Furthermore, the Immigration Bill is before Parliament.

I see what has been done by President Mahama as the key steps a country needs to kickstart a major economic breakthrough, and I can see prosperity and comfort ahead in the coming years.

Folks, let’s appreciate the good things people do, let’s learn to show gratitude, ingratitude is the worst of vices; it is a kind of weakness and the clever and the strong are never ungrateful. Our love for JM must be unrequited. Let’s encourage him to do more. Prosperity will never forgive us if we let him slip through our fingers.