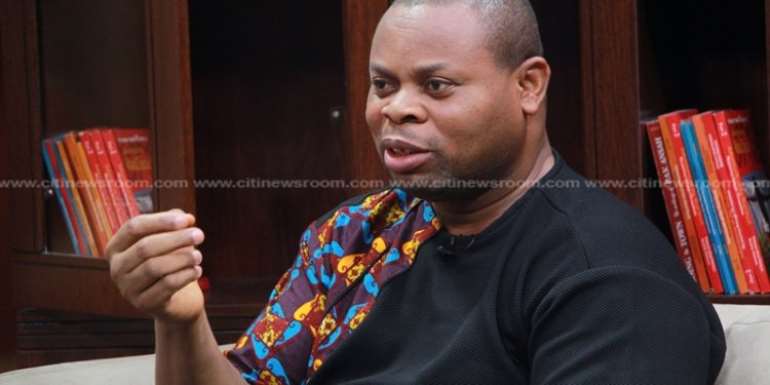 President of Policy think tank IMANI Africa, Franklin Cudjoe, says the Electoral Commission is being hostile to the views of other stakeholders in its decision to compile a new electoral roll.

The Commission has, for the past few months drummed home the need for a new roll, describing it as critical for a free, fair and transparent election.

The EC insists the current register is not fit for purpose.

Despite pressure from some civil society organisations and opposition political parties known as the Inter-Party Resistance Against the New Voters' Register to call off the plan, the EC subsequently scheduled April 18 as the date to go ahead with the exercise ahead of the December general elections.

But the exercise was suspended amid the government's announcement of measures to contain the spread of the novel coronavirus.

“In this instance, we are seeing some level of belligerence on the part of the EC. Unfortunately, I have to say that. The EC has never made the argument that the register is bloated. When this issue began, all they kept saying is that they want to ensure that the biometric machines are able to verify every voter who is eligible to vote. As COVID is with us and indeed as COVID will be with us for some time, maybe it is prudent and it is one of the arguments we have made for some time that it is best for the EC to conduct a limited voter registration using the same verification machines or a few that will be purchased in addition to the already existing ones so that you cure the challenge of having mass registrations and all of that.”

“But then some will argue that if COVID were to be with us to the end of the year, would we not have mass voting? Indeed, we will but in this instance, we are erring on the side of caution in terms of saving the public purse. You don't need mass registration, do limited registration with the existing equipment especially in the face of the challenges as well,” he added.

He also opined that it might not be a pressing priority for the EC to purchase new biometric verification machines if the already existing machines are capable of delivering credible results.

“The EC has never made claims that the register is faulty, in fact, they have never said that the register is bloated. All they are saying is that come what may, rain or shine they are going to change the register because in one of the leading arguments made by the deputy commissioner, Dr Bossman Asare, he suggested that the 0.45% error margin was too much to take but that was impressive. If you look at the fact that successively since 2012 when we began using the biometric verification machines the error margin has reduced from 30% in 2012 to almost 5% in 2016 and then from there to 0.45% in 2019 when we held the district elections, it means that the systems have been delivering over time. So consistent improvement in machines means that you are actually perfecting the use.”

Meanwhile, the Electoral Commission has presented to Parliament a Constitutional Instrument to amend C.I 91 to make Ghana card and passports the only forms of identification before one could be captured onto the yet to be compiled new voter's register, an action which the opposition National Democratic Congress (NDC) will not come to terms with.

According to them, out of the over 17 million individuals who have registered for the Ghana card, only some 6 million have received their cards, a development the party claimed could disenfranchise many Ghanaians.

Addressing the media on Thursday, May 14, 2020, the National Chairman of the NDC, Samuel Ofosu Ampofo, alleged that the National Identification Authority prioritised the Ashanti Region during its registration exercise since the region is noted to be an NPP stronghold.

President Akufo-Addo’s sterling leadership saved us from COV...
57 minutes ago