The “Infodemic” Contagion In The Midst Of A Pandemic 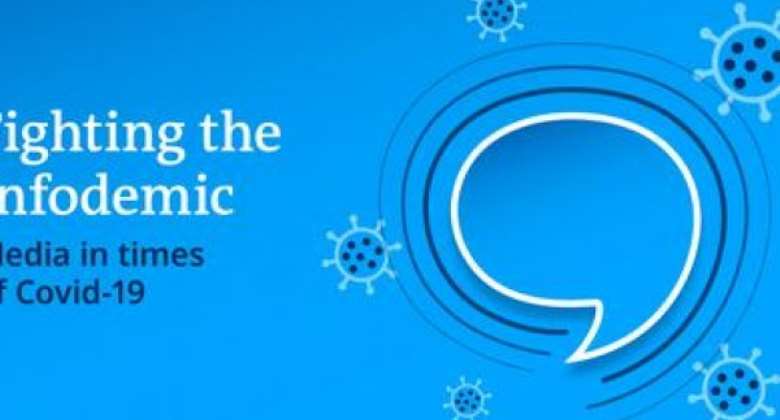 In the midst of all these dreaded and tensed atmosphere, there is an increased binge of digital misinformation - some call it “infodemic”, a not-so-new contagion perpetrated by unscrupulous persons on social media (Facebook, WhatsApp), maliciously misinforming and dis-informing people with the aim to cause more anxiety and fright in an already tensed environment. The Collins dictionary defines infodemic as “an excessive amount of information concerning a problem such that the solution is made more difficult”.

Unlike COVID-19, the spread of “infodemic” contagion cannot be stopped by quarantines neither can social distancing contain it. It is not a medical condition, but a poisonous weapon that affects the morale of people.

Just as every outbreak comes with myths and their share of falsity, the COVID-19 brought its own share of misinformation and fables. We were first bombarded with misinformation that, sunshine, warm weather and drinking alcohol could protect us from the virus.

Then came that black people were immune from the disease, and now we are being told by some conspiracy theorists, that, 5G network, the next generation of wireless technology that is gradually being rolled out around the world, is fueling the pandemic.

Even though there is no evidence to support the theory that 5G networks cause COVID-19, those in the western world could afford this kind of argument because, at least, some countries there have rolled out 5G networks.

What I am still struggling to understand is why some very well-educated people from our part of the world would push this notion that the novel coronavirus could be traced to 5G technology when, in Ghana for instance, we have not rolled out the technology yet. How absurd could we be as a people?

No sooner had this misinformation gone viral to black people across the world and indeed, Africa (including Ghana) began falling victims to the virus.

There are several reports from some very reliable news portals that indicate that a high number of African Americans are dying from this pandemic. It was generally reported in mid-April that more than 70 per cent of the 1,213 deaths in the state of Louisiana were African-Americans, despite accounting for just a third of the general population. In New York City, it was 17 per cent of the 17,131 COVID-19 deaths for a nine per cent share of residents.

In Ghana, several news outlets have also reported more than a dozen times, where people actually bought the idea that drinking alcohol (akpeteshi) could protect one from contracting the virus.

When President Nana Akufo-Addo imposed restrictions in Greater Accra and the Greater Kumasi and surrounding towns as part of efforts to contain the spread of the virus, there were plethora of fake news that flooded the internet space; from brutalities meted out to citizens by security personnel, some of which turned out to be false to publishing fake coronavirus “confirmed” cases. And then came the sophisticated and tech-driven argument of 5G network causing COVID-19.

As Diego Arguedas Ortiz wrote in his article published by the BBC, “False news stories spread faster, deeper and farther than true stories, cascading from host to host” across social media platforms; from twitter hashtags, WhatsApp groups to Facebook profiles. Misinformation runs in some kind of speed that makes it difficult to debunk, thereby creating a lacuna in the minds of millions of people that sometimes lingers for long.

As most countries are battling with this pandemic and advise their citizens to observe social distancing and other restrictions such as lockdowns, the “infodemic” contagion is bound to continue in an even greater intensity, because these people have plenty of time on their hands. This is most likely going to have some very serious effects on citizens and compound their miseries in these torrid times.

As tricky as the call is (because governments tend to abuse laws), the states and their law enforcement agencies must up their game in monitoring the online and cyber to protect the masses and society at large from the prowling threats of this 'infodemic' contagion.

This should take the form of early detection of publications before they spread widely in a pervasive manner, taking them down with the help of social media platforms and intermediaries and tracing the sources of such mischief. Individuals also have a responsibility to avoid information overload, check the facts, cross-check, double-check and check again from reliable websites and news outlets before sharing same to curtail the infodemic contagion. I agree with Khushbu Jain and Brijesh Singh when they recommended in an article that “media outlets and the press also have an enhanced responsibility to make people aware and increase literacy about the menace of fake news and misinformation”.

The writer, Richard Bekyieriya, is a staff of SEND GHANA, an affiliate of SEND-WEST AFRICA, a non-governmental organization, which works to promote good governance and equality of women and men.