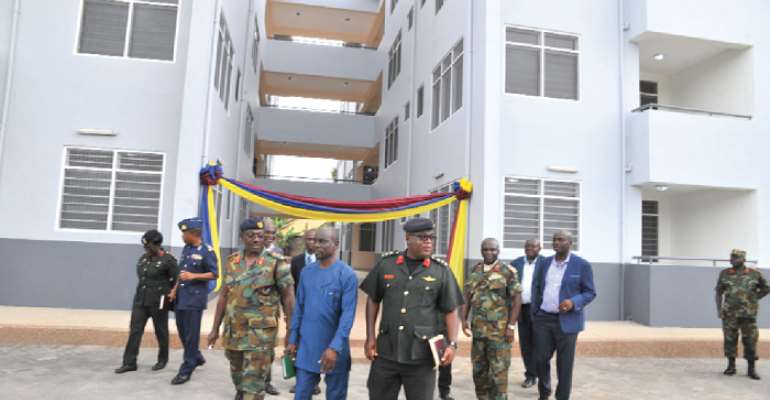 The government says it prioritizes the accommodation of staff of the Ghana Armed Forces as part of the overall welfare package for them.

According to the government, several infrastructural projects are at various stages of completion to ease the accommodation challenges of personnel.

Deputy Minister for Defence, Major Derrick Oduro (Rtd) said conscious efforts have been made by the government to reduce the number of personnel who commute to the barracks daily for official duties.

He was speaking at a groundbreaking ceremony for the construction of a Transit Quarters for Other Ranks by the Southern Command of the Ghana Armed Forces.